Domestic violence and child abuse has never been more evident than in this, the digital age. As the world waits for its next cause to jump on through social media, perhaps there is more to the arguments of so called violent vs. non-violent punishments, especially when concerning children. Although I never personally hit my kids, I am certain there are children out there who could use a slap every now and again, but these being calmer, gentler times, physical punishment can come at a high price.

Minnesota Vikings running back Adrian Peterson found this out when he pleaded no contest to the misdemeanor charge of reckless assault for hitting his 4-year-old son with a wooden switch, which was punished with a $4,000 fine and 80 hours of community service. A penalty some believe was not harsh enough, but maybe the problem isn’t so clear-cut. Although Mr. Peterson has said that he regrets striking his son and that he takes full responsibility for his actions, his reasoning for punishing his child like this was because it is the same way he was punished as a boy. This is where things get complicated. Adrian wasn’t knowingly abusing his kid, he was just disciplining his kid the way he was taught.

Although that does not justify his actions, it presents a question: If society will no longer allow parents to hit their kids, what options for discipline are acceptable? It is a question that so many present-day parents will immediately answer with “positive reinforcement,” but does this form of corrective parenting usually work? We are living in a time where kids are more spoiled than ever before, and these soon-to-be young adults are becoming ruder by the day, and why wouldn’t they? Today’s kids are free of consequences for their actions. Unlike the days when I grew up and was sent to my room with no dinner and little to do, it is nearly impossible in the digital age to take all entertainment from our children in an effort to teach them a lesson.

Some might argue that there are no bad kids, just bad parents, which I agree with, but at some point those innocent, misguided children, turn into selfish, miserable adults who do not understand the concept of consequence, making them undesirable by typical social standards. I do believe that you can see the difference between Generation Y and Millennials, which is when the non-violent approach to raising kids really took off, resulting in a cookie-cutter existence of unsatisfied adults who tend to struggle with their existence. In a way, this makes perfect sense considering that, if all you are taught in life are positive lessons, you will not know how to react during negative encounters. So maybe today’s laws meant to protect children are actually weakening them for their adult lives?

Creativity when disciplining kids seems to be the only way around possible incarceration these days. I found that when my kids would act up, I would just grab a fist full of their hair. I would explain to them that I’m not pulling their hair, but if they decide to run around and act like little lunatics, they would be hurting themselves because I would not be letting go. By administrating a punishment and explaining it to them in a way they could understand it, it became very effective in teaching them the consequence of their actions. So although I did not hit my kids, they didn’t necessarily grow up unscathed, so why aren’t more parents devising creative methods to help their kids grow to be respectable adults? Probably because it takes time and effort to understand what methods work best for disciplining their kids. It would be great if all kids could learn from positive reinforcement alone, but that’s unrealistic; sometimes tough love is the answer.

Adrian Peterson learned the hard way that his form of punishment was unacceptable, but an overlooked issue is that although society found fit to judge, and punish him for his actions, they never went that final extra step to teach him how to properly discipline his child, leaving him wide open to future slip ups. No sane person wants to see a hurt child, but are we really helping our future generations by eliminating physical punishments? Probably not, but what parents are going to take the chance on hitting their kids with a hefty fine and possible jail time on the line?

Modern-age parents are in control, and while they push their non-violent agenda in hopes to create a perfect society, I hope the rational people among us have the opportunity to slap them before we all come to an end. 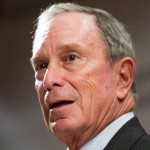