I can hear it already. “Geez, that Myhre clown is out of touch, and he doesn’t proofread. He misspelled coca, and he thinks sniffing it is new.” Well, kids, I didn’t misspell anything. The next big thing, as I see it, is going to be enjoying chocolate nasally.

Belgian chocolatier Dominique Persoone is the man behind the idea, and when it comes to chocolate, I listen to the Belgians and the Swiss. You can keep your Hershey bars.

Persoone was helping out with a party with the Rolling Stones back in 2007, and he came up with a device he called the “Chocolate Shooter.” It delivers a hit of cocoa powder up both nostrils. Now, you can only imagine how Keith Richards (who has put more stuff up his nose than anyone should) responded. In the past seven years, Persoone has sold 25,000 of these things at about $50 a pop.

He says that he got the idea from a device his grandfather had for propelling tobacco powder up his nose (snuff is nasally used, although some folks mistakenly use the term for chewed tobacco, confusing it with the Scandinavian “snus.”). Also, Persoone was sure sniffing chocolate would be pleasurable because of the role smell plays in tasting food. That’s why your mom told you to hold your nose when she gave you medicine or made you eat lima beans.

Plain old chocolate is one option, but the chocolatier has various flavors, too — mint mixed with ginger or raspberry for instance. “The mint and the ginger really tinkle your nose. Then the mint flavor goes down and the chocolate stays in your brain.”

Of course, like all true artists, Persoone is always pushing the edge of the envelope. He has produced sniffable cocoa flavored with bacon and onion, oysters and even grass. Not all of his ideas work out, though. The Aztecs used to put chili peppers into their chocolate when they drank it, and there are some places in Mexican neighborhoods where you can buy it. However, when Persoone tried that with his nasally inserted chocolate, well, “It’s a very bad idea,” he said, bringing an entirely new meaning to the words “hot chocolate.”

The only idea that might be worse is to try this yourself with whatever chocolate you have lying around. “It took some perfecting to create the snorting powder as chocolate itself was too dry,” Reuters wrote. And the packaging warns against excessive sniffing, although Persoone insists it’s safe. Since he’s a chocolatier rather than a medical doctor, I take that claim with a grain of salt, or cocoa as the case may be.

In the 1960s, a man named Len Chandler wrote a song, “Beans in My Ears,” that had as its hook “My mommy said not to put beans in my ears.” It was about people not listening, and Pete Seeger’s version of the song attacked President Lyndon B. Johnson’s Vietnam policy. That’s sage advice. Don’t put beans in your ears, but go ahead and put chocolate up your nose. 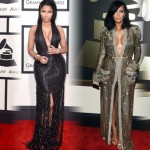 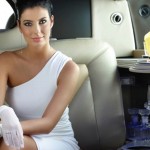