China faces a number of massive social issues. It is in a race to grow rich before its people grow too old to work. It must find a way to spread the vast wealth enjoyed by some in the coastal cities to the millions in abject poverty in its interior. It must find a way to liberalize its political system without inviting chaos.

And yet, China seems positively obsessed about a totally different kind of social issue: Should women shave their armpits? Truly if the country can have a debate about something so trivial, it has achieved great power status.

Xiao Meili, a prominent women’s rights activist in China, has started an “Armpit Hair Competition” on Weibo, China’s micro-blog. “Girls are often anxious about their armpit hair as if it’s a sign of being dirty or uncivilized,” Xiao said. “But we should have the freedom to choose whether to accept what grows naturally on our bodies.” According to Xiao, hairless women’s underarms are not part of the traditional Chinese definition of beauty. I’ll take her word for it — my history classes at university were grossly deficient in the study of pubic hair in east Asia.

So now there are thousands of pictures on Weibo of Chinese women showing off their hairy underarms. One wrote “I’m a college student. I love my armpit hair. I support natural hair, confidence and equality” and posted it beside a photo of her leaning against her dormitory bed with her arms in the air. I’d rather she supported the end of China’s occupation of Tibet, the establishment of a multi-party democracy in China and the end to laws that sent political prisoners off to labor camps. But then, I am an insensitive person.

The debate about this is much-older in the West — feminists arguing that shaved pits was somehow a way of denying women their natural selves goes back to the 1960s at least. Somehow, though, a man shaving or not shaving his face was a personal choice devoid of some higher political content. Most of us just view it as an inconvenience and do it before leaving for work without much thought.

The great American-European divide on the matter of female underarm hair was brought to the attention of many young and impressionable Yanks when they saw the video of “99 Luftballons” by a German band Nena, whose female lead singer sported a tuft under each arm. Some of my pals were completely sickened. I had just spent three years in England and was more broad-minded. Besides, it wasn’t like Nena was going to sleep with me, and I knew it.

In the last generation, we have seen an awakening among men about shaving places other than their faces, too. Manscaping is growing in popularity, and I suspect its popularity in China will rise someday soon.

Since we like to rely on facts around here, Askmen.com did a survey that showed “41 percent of [male] respondents said that they prefer women to have no pubic hair whatsoever. Close second was, with 38 percent of respondents, the opinion that women should have some well-groomed and trimmed pubic hair.” And “Almost half of men said they groomed themselves because of personal preference; about 40 percent of men admitted that they either felt pressure because of general ‘manscaping’ standards, or because they felt that if women were grooming themselves, they should as well. Only 12 percent of men said they felt ‘no pressure’ to groom.”

Read more: 6 Ways to Love Yourself

I find the whole thing funny, as I do most non-lethal human behavior. As a species, we are relatively hairless compared to our chimpanzee and ape cousins. Evolutionary biologists suggest this came about because little critters could live in the fur of other primates and their diseases can be lethal. Less hair means fewer critters. Yet we retained some in strategic places. On top of the head to keep in body heat is one example. The arm pits and crotch might remain hairy as a way to prevent chaffing some believe. There are loads of pheromones near the hairy spots that remain, chemicals that attract mates. Hair in those spots would help retain and spread the pheromones, thus making it easier to breed.

Yet, we have created a multi-billion dollar industry out of removing hair from various spots while trying desperately to grow it elsewhere. It is ridiculous that a man will take Propecia to grow hair on his head and shave elsewhere. Indeed, the only thing sillier is a comb-over.

Where do I stand on female armpit hair, Chinese or otherwise? My wife shaves her underarms, and she’s the most beautiful women in the world. Case closed. If a lady wishes not to shave, that’s fine, she’s playing for second anyway.

As for manscaping, I confess that I do, but not in the way most of you youngsters expect. It’s not really a matter of choice. I have reached the age where a man starts to sprout hair around the ears. Now that I am the far side of 50, my barber needs to keep my eyebrows in check, and there are new follicles coming into play on my shoulders. As for nose hairs, well, the women of China can argue over whether their underarm hair is beautiful or not, but the entire human race speaks as one (myself included) in its desire not to see a moustache that starts inside a man’s nostrils. 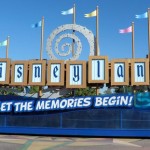 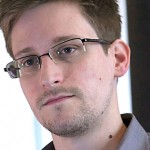