American energy independence is rife with paradoxes. It’s like an international game of geopolitical Jenga. For every piece you move or readjust, the entire system wobbles a little, and if you shift in the wrong direction, the entire mess can come crumbing down.

For example, now that the United States is experiencing an unprecedented boom in energy production (much of it coming from shale oil), the country’s reliance on foreign energy should be diminishing — but not so fast. OPEC (Organization of the Petroleum Exporting Countries) states are willing to absorb huge losses, letting crude oil prices plummet in an attempt to push American oil and gas producers out of the domestic market (it’s illegal for them to export) by making hydraulic fracturing (fracking) less profitable in comparison to cheap foreign imports. The powers that be overseas, it seems, would really like to get Yankees hooked on foreign energy once again.

Of course, any type of oil extraction — and especially fracking — has huge environmental consequences. But then again, if production at home is curbed because of inexpensive imports or environmental concerns (the Keystone Pipeline), and we have to protect our sources of energy abroad through military might, depleted uranium shells, political ill will and the loss of financial capital and human lives, serious consequences — ranging from environmental to economic and social devastation — will arise as well. That’s enough to do your head in, isn’t it?

Hold on, though. We’re not done with the prickly paradox game just yet. Let’s assume that the ban on American crude oil exports is overturned, as advocated by the Council on Foreign Relations and others, and domestic producers are able to keep American oil profitable and expand production, what will become of the petrol states like Angola, Iran, Russia, Saudi Arabia, Venezuela and more that rely on oil revenues to finance a significant chuck of their economies? Social upheaval is what you’ll get, most likely. And when there’s an uptick in regional conflict, what country has a less-than-stellar history of riding into the mix with guns (and occasionally diplomacy) blazing, trying to sort things out? The cowboy analogy is a pretty strong clue …

When you step back and examine all of the competing environmental, international security and economic sustainability concerns, it’s fairly easy to come to the conclusion that the energy world is fracking crazy. Yet life on this planet, just like in Jenga, requires the players to move their piece when it’s their turn — knowing all the while that eventually something has to give, and down it shall fall — until we pick up the pieces and build the whole damn thing all over again. 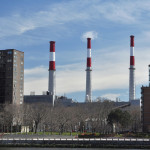 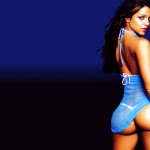