Big Mick is one of my poker buddies. As my politically correct friends don’t like me pointing out, Mikey is a moron. In more than 20 years, he has won only three hands, two of which we let him win so he wouldn’t lose interest. Instead of buying chips, he just writes the rest of us $50 checks. For a while, Mikey didn’t play because he lost all of his money in his divorce, every dime, so that for three post-divorce years he had to live in a camping trailer in his sister’s driveway, sharing the trailer with his nephew’s pet alligator.

Eventually Mikey got back on his feet, bought a modest home and installed a hot tub in his backyard. By then he had become good friends with the alligator. Eventually Mikey wanted to start dating again, so he joined Match.com, where he listed his ideal partner as “a woman who likes alligators and shoveling snow.” If you think that kind of profile wouldn’t get many nibbles, you have no idea how many desperate women are out there. In the first week alone, Mikey got more than 40 replies.

We in the poker group assured him this is not an unusual problem for guys our age, that before our era of medical advances, by now nature pretty much wanted us dead. Reproducing was out of the question. When he protested that the last thing he wanted to do was reproduce, we, relieved, explained that, as far as that same nature was concerned, the original point of hard-ons — say, in caveman days — was to make baby Mikeys. He got very excited. “They had cavemen babies named Mikey?!”

We told him about . We had to word it carefully so he didn’t think that’s what cavemen named their babies. Finally, he understood.

He cheered up when I told him I had been using the wonder drug for the past two years. He looked me over, up and down, down and up. “You? You?!” Frankly, even coming from Mikey, there was something a little insulting about it. He looked around at the other guys, but they all shrugged.

“They don’t need it. They’re married,” I explained.

They all looked at me with envy, and the sadness in their eyes was heartbreaking, so I felt better.

His eyeballs elongated like Sylvester the Cat’s as, chasing Tweety, he’s about to slam into a wall. “Huh? What? What? Huh?”

I Googled Eli Lilly to prove it. The sadness suddenly lifted from everyone else’s faces.

“On the plus side,” I reasoned, “you won’t be able to afford losing at poker anymore.”

THE PERILS OF GOING GENERIC

After the game, on our way to our cars, I had a one-on-one with Big Mick. “I have an idea,” I said. “It so happens I can get you generic for half the price.”

He perked up. “Fifteen dollars?”

“Unlike Viagra, which lasts only about three hours, this stuff keeps going like the Eveready Bunny — 24 to 36 hours.”

He did some quick math. “Hey, that’s more than three!”

“One pill before dinner on Friday, and by Sunday morning, she’s a car-wash rag.”

He hugged me. It was a year ago. I’m still coughing.

What I didn’t tell him was that I had tried that very “generic” myself a few months earlier. It came from Mumbai, probably made in a factory with dirt floors and cows living in the bathrooms, if they had bathrooms, which I doubt. That first pill made me so violently sick that Medicare threatened to cancel me and deport me to India. On the plus side, the pills cost only $1.50 each.

On the negative side, I had then been forced to buy brand-name Cialis at $30 per or never again have a girlfriend. It wasn’t an easy decision. Medicare refuses to pay for a guy’s sexual health, so where the hell is Obama when we need him? Why should he care about sex? He’s married to Michelle.

So I wound up having to be extremely parsimonious about my love life, timing each $30 pill with mathematical precision, journaling and charting its maximum effect and length of service, depending not only on strict chronology but on the effect of particular foods and beverages ingested before, during and after.

As you might imagine, it took much of the spontaneity out of my relationships — actually, every single drop of spontaneity — to the point where I may as well have been married again.

And then here comes Mikey with his $375, not waiting for me to bring the pills to him but, rather, ringing my doorbell the next morning at sunrise.

I figured, hey, I’m a small guy — 140 pounds soaking wet (which I was after that first-and-last Mumbai generic). But Mikey is, what, 6-foot-5 and 300 pounds? So there was a chance all that blubber would absorb whatever rat droppings had fallen into the batch. For that kind of profit, it was worth a shot. And if I was right, both our sex lives would resurrect. Win-win.

A couple of weeks later, having not read Mikey’s obituary in the Tribune, I called to ask how the pills were going.

“Grrrrreat,” he growled, Tony the Tiger-like.

“Grrrrreat,” I growled back. 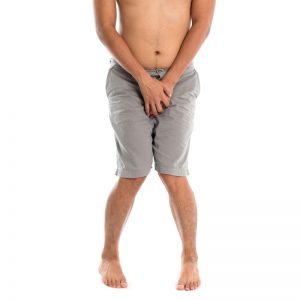 He added, “By the way, the skin has been peeling off my dick … sort of like I have sunburn. Any ideas?”

I pretended to consider. “Have you been exposing it to direct sunlight?”

“Try wearing trunks for a week and see what happens.”

When, a week later, his dick was still scabbing, I suggested emptying and refilling his hot tub. When that still didn’t work, I advised him to urge his dates to get STD tests.

Two more weeks, and he asked me for another 30-day supply. I asked him if he was experiencing symptoms more serious than peeling dick flesh.

“I’m fine,” he assured me. “Just one ball is sort of throbbing.”

So I sold him another package. Which, in turn, bought me 10 doses of the real deal plus a few nice nights out. Win-win-win.

When, two Mumbai packages later, Mikey told me his other ball had begun to swell, I wondered aloud if the soil on his property might be suffering from radon gas poisoning. Because it’s expensive to have it officially tested, and also because he was now spending so much money on his Indian generic that he couldn’t afford to test his house for toothpaste, let alone radon, and also because the other poker guys really, really missed his monthly checks, I came up with this new bright idea:

“We’ll have a few game nights at your place,” I said. “If the other guys’ dicks start to peel and their balls swell, we’ll know it’s radon.”

“Just promise me this will definitely stay between us.”

“Love you, bud,” he swore. But this time I backed away before the hug. No sense pushing the friendship thing too far.

In the fourth grade, Gary Buslik was voted the kid most likely to get the shit beat out of him. He is a contributing journalist for TheBlot Magazine, and his short stories, essays and travel articles appear often in commercial and literary magazines and anthologies. He is the author of the award-winning books “A Rotten Person Travels the Caribbean” and “Akhmed and the Atomic Matzo Balls.” 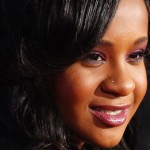 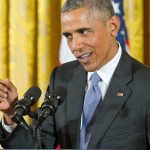