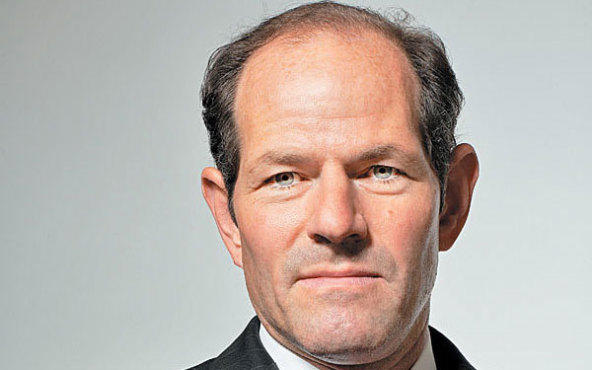 In the race to decide the next comptroller of New York City, the stakes are pretty high. Part of the job includes overseeing the city’s five public pension funds with $140 billion in assets, reviewing the budget for the next year that will come in around $70 billion, and auditing all of the agencies in the city government. In short, if the comptroller doesn’t have a clue, the city is in deep trouble. In times when the national and global economies were flush with cash, that would be bad enough. In days like these, it’s even worse. A competent comptroller will have difficulties.

On the Democratic side, the choice is between a former governor who resigned in disgrace over a prostitution scandal and a party careerist who has a charisma deficit. And still only one Republican wanted in.

Eliot Spitzer used a few million from the family fortune to put together a campaign that just might win the $185,000 a year job. Having entered the race late with only a few days to gather petition signatures, most of the New York Democratic Party apparatchiks had lined up behind Manhattan Borough President Scott Stringer. Since it looked like a one-candidate race at the time, few disliked Stringer enough to deny him an endorsement. Yet this allowed Spitzer to run as an outsider — well, as much of an outsider as any ex-governor could be.

Spitzer takes the view that the office of comptroller has power that is currently underutilized. Face it, a $140 billion pension fund is a big deal even on Wall Street. If he were elected and decided to use the money invested to change the operating practices of companies in which the city invests, he could affect social change as well as create economic growth. He wants to be Sheriff of Wall Street again; he’s just going to use different tools to do it.

But first, he’ll have to deal with a $2.2 billion budget gap and 8% growth in public sector benefits costs. And there is the small matter of retroactive pay hikes public sector workers want — about $8 billion worth. He may find that bringing investment bankers to heel as an activist shareholder is harder when he also has to balance the books.

And in the last day or so, he has finally unleashed some negative ads against Scott Stringer. Stringer, along with a lot of other politicos, helped undo term-limits that voters had passed in a referendum. However, Stringer wasn’t a big enough fish at the time to matter. He wasn’t really part of any back-room deal as the ad alleges.

Back-room deals aren’t as big a matter in this race as bedroom deals. Remember Spitzer resigned over his habit of frequenting prostitutes, which is a crime in New York. Can you look past that to embrace his vision for the comptroller’s office?

Well, Stringer can’t. Stringer wants to use the audit power of the office to flush out waste and fraud and spend it on education. Which is more or less what I wrote about Republican candidate Burnett. That isn’t to say that it’s a bad idea, but it will not make for much of a debate in November if Stringer wins on Tuesday. In reading the endorsements of the Times, Daily News and Post, all I really see is “Vote for Scott because he isn’t Eliot.”

His website lists a number of liberal positions on matters that, frankly, aren’t germane to the office. Domestic violence, civil rights and marriage equality are the obvious ones. Yes, the comptroller can influence the debate on these things, but this seems to be background about him rather than what he would and could actually do in office.

As a trustee of the $44 billion New York City Employees Retirement System, he has undersold his experience in the field. No, it isn’t the same job as comptroller, but it’s in the ball park. Why tell me about your commitment to marriage equality when you could be selling me on the NYCERS job? It makes me wonder what job Stringer wants next.

For those voting in the Republican primary on Tuesday, you get to skip this one. The party of fiscal rectitude and cautious spending has John Burnett as the only candidate for the job. If he wins, he’ll be the first Republican comptroller since the 1940s. As an ex-Dean Witter guy, he’s going to be pals with the financial community.

He wants to combine the five-city pension funds into one to eliminate overheads. He has identified reduction of waste in government as a way to pay for better schools. There is never as much waste or fraud as Republicans believe, but I’m not in favor of waste or fraud, so we’ll give him a pass here. He thinks encouraging small business is the best way to cut unemployment especially among minorities, and he extends this to helping minority and female-owned businesses. That should prove that he has no ambitions outside of New York City.

And there is the matter for the voters. Spitzer wants the job so he can clean up his rep a little and go back to what he really liked, bossing around financiers. Stringer wants the job because he needs to move up the greasy pole, and he’s not ready to be mayor or governor yet. And they will face a Wall Street guy in November.

None of the above, anyone? 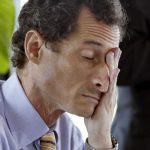 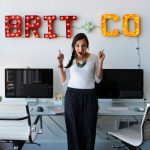