Attention haughty, stylish and over-educated coastal city residents: Take off the vintage eyeglasses for a second and ready yourself for the cold water on your rooftop party — there are other cool cities in the United States besides New York City and San Francisco. (Sorry, Brooklyn is not one of them.)

With all the hype around these popular, talked-about places, it’s been time to represent the best, most underrated U.S. cities. They might not be written or talked about nearly as much, but that doesn’t mean these aren’t cool, they just don’t effortlessly make big splashes. These cities, while not as sexy as the aforementioned national and international tastemakers, are cool and interesting with lots of places to discover.

While nearly everyone seems to be perpetually angry here, it is a great city. Far more affordable than its bigger and cooler older brother, New York City, Philly gets no respect, no regards neither, to borrow a line from the late, great comedian Rodney Dangerfield. This might be one reason why so many Philadelphians have a giant chip on their shoulder.

Its history, colonial legacy, sports teams and neighborhoods all make Philly a top choice and underrated U.S. city. Just stay away from the cheesesteaks — it’s a novelty — the locals don’t really eat them, but I’ve heard they got good pizza.

This polite, unassuming half of the Twin Cities pair is a laid-back, chili place. It boasts a burgeoning foodie scene and is a great city for outdoors activities — only from April through October, though, because it’s ridiculously cold and snowing in feet the rest of the year. Nice people, lots of parks and affordability equals definitely underrated, in the non-winter months at least.

Downtrodden Detroit, what problems don’t you have? It seems not even a few days can pass without another article on how stupidly bankrupt and tremendously dangerous this city has become. While a lot of that is true, the perception that it’s always dark out and no one lives near each other for miles is not true. And two problems Motown doesn’t have: Homes are cheap, and there are lots of places to park. Take that, San Fran and NYC!

Crab cakes, baseball, American history and a good time all can be had for not much dime in Baltimore. It also boasts great museums and a home of the 19th century poet, Edgar Allan Poe. So don’t take its dangerous reputation blindly, go visit and enjoy the charms of “Charm City” for yourself. While there, visit Faidley Seafood, which is housed inside the Lexington Market for some of the freshest, biggest and tastiest lump crab cakes in the country.

It’s no longer all about steel in the “Iron City.” This three-river town is a short drive from several other places and is a refreshing change of pace. While it is a city, this western Pennsylvania metropolis is also close to many small towns full of real local charm. Just don’t wear any Philadelphia Eagles or Cleveland Browns gear around. But if you do, just watch your back. The coleslaw and fries from a Primanti Bros. sandwich could find its way onto you, accidentally, of course. 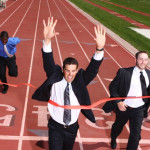 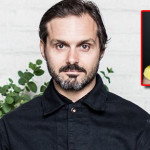