A Taliban spokesperson is now just a text message away.

In what appears to be the latest case of the former Afghan political group turned insurgency embracing emerging technology, a spokesperson for the Afghan rebel faction told journalists last week that he is now accessible on the social texting services Viber, WhatsApp and WeChat.

The announcement, first reported by independent war correspondent Mustafa Kazemi on his website, was distributed to a handful of global journalists by e-mail on Aug. 26. A copy of the e-mail was obtained by TheBlot Magazine on Sunday.

In the e-mail, Taliban spokesperson Zabihullah Mujahid tells reporters they can contact him on the apps using an Afghan telephone number whenever journalists wish to reach him for comment about a story. Journalists covering the conflict in Afghanistan have often sought comment from the Taliban following attacks on coalition forces in the region.

The Taliban’s adoption of the three social text services is just the latest example of the insurgent group using new technology in an attempt to spread propaganda and influence potential new recruits.

Since the early 2000s, the Taliban has maintained several self-published blogs and has been an active presence in jihadist web forums in which videos, photos and other propaganda are distributed.

Over the past few years, Taliban officials have started to embrace social-media platforms, including Facebook and Twitter, as one way to denounce the coalition presence in the country and to claim responsibility on attacks in the region.

In 2012, the U.S. military began reporting Taliban-operated social-media accounts in limited cases when militants have used Twitter and Facebook to post direct threats of violence against American forces. In other cases, U.S. military officials say they’ve preferred to interact with the Taliban openly on social media in an effort to “engage them on the moral battlefield.” 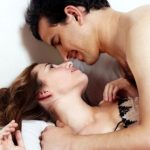 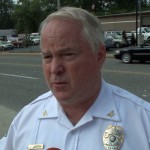