Saturday, April 25 was the closing night of the 14th annual Tribeca Film Festival, and what better way to end than with the 25th anniversary screening of the movie “Goodfellas” at the Beacon Theatre, right? Yeah, but when I found out a couple weeks prior that director Martin Scorsese would not be there, I was almost bereft. Then still more disheartened when I was informed that Joe Pesci wouldn’t be there either.

Then I slapped myself. I realized how freakin’ lucky I was to be invited to attend the red carpet beforehand, and then watch the event — and what a show!

More highlights of the evening came from the stage. De Niro opened with, “Joe Pesci couldn’t be here, but he sent this e-mail: ‘Fuck, fuck, fuck, fuckity fuck, fuck.’ I’ll translate. ‘Dear Bob, sorry I can’t be there. Love to all. Best, Joe.’” I laughed so loud I startled myself.

Scorsese was there in spirit via a 10-minute video made for the crowd. He couldn’t be at the event because he was filming “Silence” in Taipei, “which is in Taiwan,” he said. Everybody laughed. The guy just breathes and he’s funny.

On stage with panel host Jon Stewart were Nicholas Pileggi, who wrote the “Goodfellas” screenplay and “Wiseguy,” the book on which the film is based, and actors De Niro, Liotta, Bracco and Sorvino. Liotta told of the origin of Pesci’s famous scene:

“In rehearsal, Joe was telling a story. We had two weeks’ rehearsal, which is totally rare in a movie. And Joe was just telling a story about what happened to him in Queens, where some connected guy said, ‘What, do you think I’m funny?’ And [Pesci] told the story, and how Marty works. Who knows, he’s just a genius guy and, really, the scene starts when the guy comes up and he hits him on the head with the glass. And so Marty decided to put that [story] in front of that. And we improv-ed it, rehearsed it, and we made it up as it happened.”

Stewart asked Liotta if he ever heard from Henry Hill and if Hill liked Liotta’s portrayal of him in the film. Liotta laughed and replied, “Marty didn’t want me to talk to him before, which was OK. After the movie I got a call to meet [Hill] at a bowling alley in the Valley of California with his brother.”

“Henry Hill had a brother?” Bracco chimed in.

Liotta said, “Yeah,” and continued with his story. “So, I go to the bowling alley and there’s Henry — I knew him from pictures. And the first thing he said was, like, ‘Thanks for not making me look like a scumbag.’ And I was like, “Did you see the movie?”

The audience lost it laughing, while Liotta tried to talk over the laughter. “Dude, that’s just so not cool. I mean drugs, and you cheated on your wife.”

The entire night was nothing but raucous fun, with people shouting out lines from the movie and applauding as loud as possible. 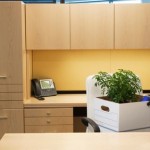 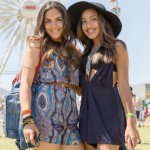