I grew up in Colorado, where it is not uncommon to hear jokes about Texans, largely mocking their ignorance, their excessive wealth combined with bad taste, their obsession with how big everything is in their state, and, naturally, their inability to ski.While Texans aren’t really an ethnic group, these jokes are as inappropriate and unfair as ethnic jokes of any kind: Polish, Irish, whatever.

And yet, every once in a while, news comes out of Texas that makes me wonder. Consider this gem from Houston: A legal case over who uses men’s and women’s public bathrooms has reached the point where the city is demanding to see sermons given by preachers, which in turn has created an evangelical backlash that turns on the First Amendment. It’s dumber than how many Texans does it take to screw in a light bulb.

Back in May, Houston city council passed a local law to strengthen the rights of minorities (yes, minority rights in Houston, Texas). Part of that gave transgender individuals their choice of public bathrooms. Mayor Annise Parker, a lesbian, backed it, and this resulted in a group of “Christian” pastors gathering 50,000 signatures on a petition demanding the law be repealed.

When the petition route didn’t work, the same pastors filed a lawsuit. The city’s legal team responded by demanding to see sermons and speeches given by five pastors in particular. They wanted to see what was being said about homosexuality, gender issues and the mayor herself. Naturally, this upset the believers who took this to be an assault on their freedom of religion.

On social media #HoustonWeHaveAProblem has been used thousands of times since mid-October. One wit, (or halfwit) tweeted, “I guess Houston’s mayor’s next move is to collect all bibles and redact the verses pertaining to homosexuality.”

A second petition has cropped up with about 11,000 signatures, demanding that the city “cease and desist all bullying and other offensive actions” against the five men of the cloth. Chuck Norris, a washed-up kung-fu movie star, stated on his website, “I’m a Texan and it chaps my hide when some homegrown kibosh of the U.S. Constitution originates in the Lone Star State.”

Former Gov. of Arkansas and Baptist preacher Mike Huckabee used his time on Fox News to ask his fans to sign yet another petition, which he claims has 85,000 signatures supporting the pastors.

Mayor Parker defended her legal team briefly on Twitter, “If the 5 pastors used pulpits for politics, their sermons are fair game.” But she soon took that down. She has since tweeted, the city “never intended to interfere w/ pastors & their sermons or an intrusion on religion.”

As usual, people of faith aren’t using their heads. Transgender people exist, and they sometimes have to use the facilities. This is not a moral issue, but one of public health. If toilets are going to be segregated by gender, some accommodation of the transgender citizens of Houston is necessary. The 14th amendment means we are all equally entitled to relieve ourselves as necessary, but you would think that simple common sense would not make a constitutional appeal necessary. Giving them a choice seems like a plausible solution; certainly, it’s cheaper than creating transgender-only toilets in addition to the men’s and women’s restrooms we have now.

Read more: A Day in the Life of a Transgender Girl

But if the people of faith want to pick a fight over it, they have that right. What they don’t have is the right to political activity from the pulpit while retaining their tax-exempt status.

As a non-believer, I don’t think I should be asked to subsidize the actions of believers at all. However, I accept the premise of democratic rule, and therefore, churches, synagogues, temples, mosques and other such places don’t pay taxes so long as they don’t engage in politics. I dare these five pastors to publish their sermons. Make those part of the public record, if you are so proud of your views. The city shouldn’t have to ask for them, they should be on the churches’ websites as part of the Christian duty to witness.

In the King James version of the Gospel of Matthew, Chapter 22, verse 21 (I aced Pastor Schroeder’s confirmation classes at Bethany Lutheran), Jesus says, “Render therefore unto Caesar the things which are Caesar’s …” Rather than getting into a snit over government interference in their services, perhaps these five pastors should be a bit more accommodating when it comes to ensuring that they are abiding by Caesar’s rule about tax-exempt status.

And how many Texans does it take to change a lightbulb? A hundred, ’cause in Texas the light bulbs are really big. I never said the jokes were funny. 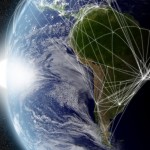 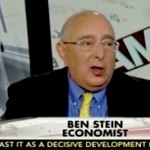