MARRIED MOTHER, TEXAS EXEC GOES UNDER THE KNIFE FOR 6 HOURS CAUSE MEGHAN MARKLE

So we’ve all heard of these crazy stories.  Someone gets plastic surgery to look like a Barbie Doll.  Others to look like some kind of animal.  Others have gotten plastic surgery to change the planes of their face for the perfect tattoo.  No, really.  But what I don’t get is affluent people.  Well, make that affluent people in stable relationships or marriages (presumably).  But how about all of that and being a mother as well?  Would you want your kids to know you didn’t like yourself so much that you got 6 hours of plastic surgery to get the Meghan Markle look?  Sigh.  But it seems to be true for this Texas oil exec.

SHE LIKES MEGHAN MARKLE LOOK SO MUCH, SHE HAD 6 HOURS OF SURGERY

Her name is Tanya Ricardo and yes, as an oil exec she lives in Houston, Texas.  But Tanya, evidently, doesn’t like her look as much as she likes the look of Meghan Markle.  So yes, I am aware that Meghan just became a mother herself.  So again yes, Tanya is going for pre-pregnant Meghan Markle.  According to Tanya, the Duchess of Sussex has “great curves.”  But yes, Tanya, we also noticed.  You can’t shop anywhere in the United States the last two years without noticing.  But Tanya noticed so much she has decided to ask a surgeon to replicate the Meghan Markle look as much as possible.

WHY DO PEOPLE ALWAYS WANT TO BE SOMEONE ELSE? PLASTIC SURGERY DELIVERS FANTASY, IF BRIEFLY

So what does this surgery mean?  A lot, actually.  Tanya had 8 different procedures in those 6 hours of surgery.  So they included liposuction under her chin and on her stomach, her hips and her lower back.  But let’s not forget the Brazilian butt lift.  And there was the cheek contouring and “filler,” which somehow is a disturbing word here.  But then again, I don’t like cosmetic surgery so much.  People with no cartilage anymore and faces that don’t move freak me out.  Call me crazy.  But actually, I’m not alone.  Tanya’s family and friends are also calling her nuts for doing this. I wonder what Meghan Markle thinks?

But, just like a princess, Tanya says she doesn’t care.  Be sure to look for her in the check out aisle in the coming weeks. 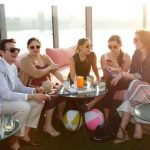 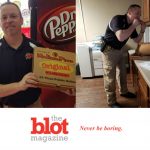