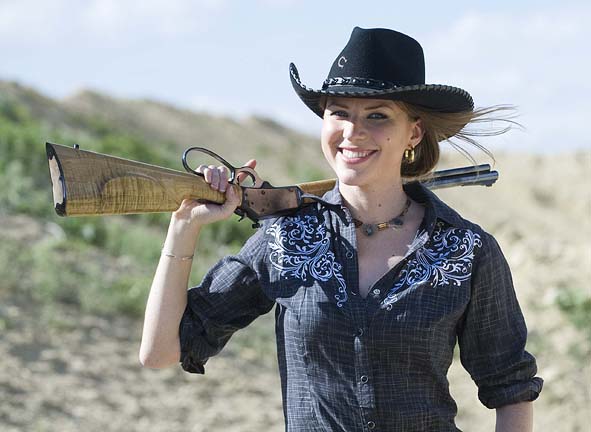 You know, I was watching “Tombstone” the other day. That film has everything — Old-West charm, shootouts, Val Kilmer’s sexy Southern accent. Again, charming, but I think we can agree that that is a time in our nation’s history we don’t really want to return to. We’ve progressed as a nation from those gun-toting days — unless you’re a Texas politician who apparently thinks our nation has regressed from the times of the lawmen and plain folk carrying firearms as they saw fit.

So what’s happening now in the Lone Star State?

In November, Texas voters elected Republican Attorney General Greg Abbott to the state’s highest office, replacing Rick Perry and defeating his challenger Democrat State Sen. Wendy Davis. And just how conservative do you have to be in to win a statewide office in Texas these days? Here’s a quick rundown of Abbott’s top two campaign issues. Taking the top spot, he hates hates Obama and Obamacare most of all. Obvi. Never mind that Medicare expansion under Obamacare lead to thousands of Texans gaining health insurance for the first time. Taking the second spot? Guns. Again, obvi. Succinctly, Abbott is gaga for guns.

If you wondering, though, if Texas has any guns laws left on the books at all, you may be interested to know that basically only one remains: You can’t openly carry a handgun on your hip. You can have a concealed handgun, I mean, Texas isn’t a dick about it, but the ban on openly brandishing one on your hip has been in place for 140 years. That was passed when Texas, I’m guessing, wanted to reign in celebratory gunfire and, you know, random killings.

You were probably also thinking, “Wow, I thought for sure you could already do this in Texas?” Well, you wouldn’t be completely wrong in assuming so. You can openly carry practically anything else in Texas. TheBlot Magazine has highlighted these open-carry nut jobs before. They apparently think any local Chipotle could erupt into a scene of urban warfare at any moment. Open Carry Texas, the gun-rights group behind those tacky open-carry protest, has been pushing for the repeal of the concealed handgun ban. With Christmas right around the corner, take a look at the Open Carry Texas gift page.

After this is repealed, there wouldn’t be much in terms of gun control left on the books in Texas. Soon, I wonder, if you move to Texas, you’ll simply be issued a gun. Speaking of moving to Texas, remember last year when Abbott ran commercials in blue states like New York asking citizens tired of gun control to move to Texas? In a fit of sensitivity, he did so a month after the Sandy Hook Massacre. Those commercials have gone missing from the Internet, but watch a completely moderate Fox News interview (“Mr. Attorney General, great ad. Well done.”) here:

If you think your right not to be shot at is less important than the rights of others to freely walk around with guns, consider moving to Texas. 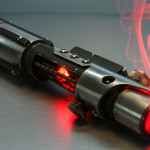