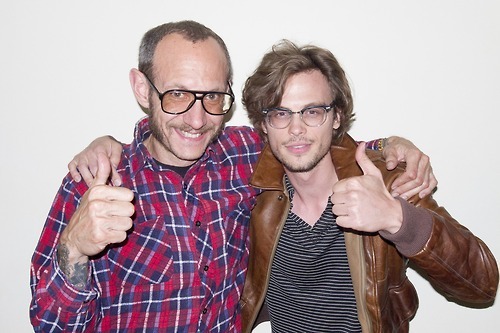 Everyone may think Terry Richardson is a scumbag

Making the media rounds is the fashion industry’s effort to axe famed photographer and self-proclaimed “skeez” Terry Richardson from their roster after allegations of inappropriate work ethics were made, including the purported sexual offense of some of the models Richardson worked with in the past.

The call comes courtesy of Southampton native Alice Ehrenfried, who launched a petition on Change.org last week calling upon major brands and magazines to stop condoning Richardson’s pornographic actions by giving him work.

The petition, aptly titled “Vogue, H&M, Mango, Supreme, & all other brands: Stop using alleged sex offender Terry Richardson as your photographer,” currently boasts just over 12,000 signatures, with a goal of 50,000.

Both Jezebel and the NY Post have each featured tell-all accounts of what it’s like to pose for Richardson in his studio. Models allege that Richardson pushes boundaries not only in his photography, but also behind the scenes. As models strip, he invites them to touch not only themselves, but Richardson himself. Model-turned-writer Jamie Peck says that his band of assistants validate and encourage this behavior.

Yet as much as the mythological visage (let’s face it …) has his detractors, he also has his supporters, and from a very unlikely source as well.

On October 14 Everyday Feminism shared the petition via their Facebook page, igniting a chain of responses from women uneasy about the Terry Richardson ‘witch hunt’.

Some noted responses that caught my eyeballs were the following:

Micaela Grant: He hasn’t been actually accused of anything yet, which means it’s unfair to give him the title of “sex offender”. That being said, there’s more than a few accounts of him sexually harassing models, he’s not exactly unknown in the industry as a creep.

Terry Plumb-Clark: If “alleged” is the operative word here then why are you the judge and jury? So far we still have an innocent until proven guilty system here – though many people are quick to ignore it. Post facts, not allegations please.

Yet as tempting as it easy to brand Richardson as a skeezball misogynist, given his reputation for affronting images aimed at women (or is it our senses?), he does have an obvious following. Since the fashion industry continues to hire him (Richardson has been responsible for a variety of successful campaigns), he is by defacto being validated his work and views. Or is he?

Styleite reiterates: He is hired by influential fashion brands and magazines who are well aware of the facts and send girls to shoot with him regardless. What the petition will hopefully achieve is to make the perpetration of pornographic images featuring young, naive models less acceptable within the industry, and to persuade the models themselves to follow in the footsteps of Coco Rocha and Jamie Peck by coming forward with more evidence.

Yet the question is: why has the fashion industry been condoning Richardson’s raunchy brand of work? Is it because they know his work sells, because he’s a name-brand icon who brings necessary attention to a fashion label’s campaign, or is it simply because implicitly the industry doesn’t mind showing off nubile women in compromising positions and situations, and hires a famed photographer to validate it all. Or worse, is the industry willing to ignore the alleged misdeeds of one of their own because he pulls in the gravy train?

Which then raises the question: what happens if the petition happens to get the 50,000 signatures that its organizer, Ehrenfried, has set as the clinch ballpark to force Richardson’s hand?

In an interview on HuffPost Live this week, Elizabeth Paton, fashion and luxury correspondent for the Financial Times, offered the following:

“The reality is, until editors stop using him for covers, until Hollywood stars stop picking him as a photographer or a videographer for their shoots, he’ll stay the way [he is].”

Can we really expect the big fashion outlets who have come to work with Richardson over the years to simply walk away? Will Vogue’s Anna Wintour step in for a private chat and get him to tone it down or can we expect the industry to back off, afraid that they, too, might be offending their own label’s customer base if they’re associated with the incorrigible photographer.

Already a difference is being made, H&M have stepped forward stating ‘If these accusations are true, it’s totally unacceptable to us. Currently we’re not working with Terry Richardson.’

And then there’s this question that Styelite asked Ehrenfried and her answer that made me reflect as well:

There has been a bit of backlash regarding the presumption of innocence. What do you think this petition does to the principle of ‘innocent until proven guilty’?

Sure, I believe in innocence until proven guilty, but at the same time any allegations against Richardson need to be treated extremely seriously. Accusations, for example, the one by Jamie Peck where she says ’Richardson eventually “maneuvered” her over to a couch in his studio, where he “strongly suggested I touch his terrifying penis.”‘ should not be ignored, and the correct justice for either party needs to be brought about, which is ultimately what this petition is trying to achieve. If he has committed these crimes, then big brands need to stop working with him. However in the meantime awareness, in the form of my petition, needs to be raised to encourage those with allegations against Richardson to step forward and achieve justice. 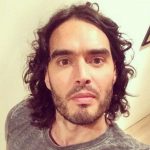 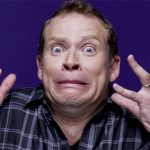