ONE TEEN DISCOVERS IF YOU HUMP A DRAIN PIPE, YOUR JUNK MIGHT GET STUCK

Ah, teenage years.  I remember them with an informed combo of nostalgia and horror, depending on the clarity of the memory.  But no matter the foolishness my raging hormones enjoined my “brain” into pursuing, I never did this.  And by this, I mean sticking any part of my junk- franks and beans or what have you- into anything resembling plumbing.  And no, not a pie, either.  But I do remember thinking that was an interesting idea.  Anyway.  A 16-year-old teen boy stuck his member into some pipework in the bathroom of his home, in Johor, Malaysia.  The “aperture,” if you will, was at a convenient(?) height.  Well, until it became stuck. In the drain pipe.

TEEN’S PENIS TOO SWOLLEN, TRIES DESPERATELY TO ESCAPE FOR AN HOUR

So yes, you guessed it from the photos above.  His penis got stuck in a piece of plumbing and he needed rescue, late this past month.  So at first he seemed to be doing just fine with his tryst with a twist.  But his penis got so swollen (and no, we don’t know if this nature or anti-nurture swelling) that he couldn’t get it out.  So this is the part of the story that brings back my own horror looking back in time at that age.  This poor kid knew this was a bad rap.  So he tried to get his junk out of the pipe, desperately, for over an hour. I’m pretty sure he didn’t love this drain pipe anymore.

Just imagine that desperation, eh?  Whenever that moment comes that you give up and call for help?  That’s a bad moment.  But his housemates heard his pleas for help.  So clearly, they called emergency services.  Brutal, just brutal.  So that’s how the Tangkak Fire and Rescue Station became involved as a teen’s penis (but not pride) rescue service.  They had to cut off the pipe, first.  They thought that would do the trick.  But alas, the penis remained wedged inside the cut length of pipe.  It was nearly two hours later that the firemen and medics were able to at least free the boy from his pre-dick-ament.  Sparks flew, literally.  But romance was nowhere to be seen. 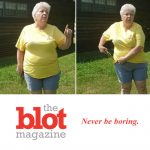 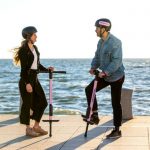