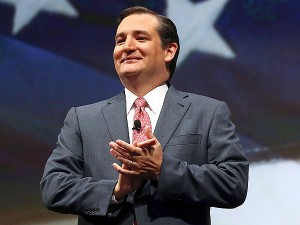 Well, in case you missed it, that darling of the political right/Eddie Munster look-alike Ted Cruz stepped in it yet again. This time, on a recent fundraising trip to Texas, the senator posed with a tiger-skin rug.

I know, right? Pretty insensitive. But you’re probably wondering, how does the abortion debate figure into all of this? I mean, we’re talking about rugs and animal pelts, so surely Roe v. Wade, the go-to smoke bomb of conservatives, must be around here somewhere.

We’ll get to that in a moment.

First, tigers — as you may know — are critically endangered. The World Wildlife Fund numbers them at around 3,200. Well, I guess after the senators’ home decor taste was showcased via Twitter, we can put that number at around 3,199.

Ingrid Newkirk, president of People For the Ethical Treatment of Animals, issued a written statement criticizing the photo. “If the rug is real, Ted Cruz’s use of it reduces a majestic once-living being to a doormat,” she said. “Gunning down wildlife in order to make umbrella stands, rugs, and ornaments is frowned upon in the 21st century, as most people have come to learn from and be awe-inspired by the lives, intelligence, and social make-up of other living beings.”

PETA is outraged at pretty much anything these days. So, that really doesn’t register with me so much. Also not registering, the Ted Cruz himself. The senator is an ass. This isn’t really newsworthy either. He loves the camera, stirring up controversy, and provoking others. Again, this really isn’t front-page material anymore. What really annoys the hell out of me here is the senator’s office. After seeing that the tweet may have angered some and was probably a bad idea generally, instead of apologizing and what not, they relied on this defense:

“It’s unfortunate the same outrage isn’t displayed by the left when it comes to defending the lives of hundreds of thousands of unborn babies aborted every year.”

Strange pattern of connecting the dots, but bravo for arriving at abortion. That was Ted Cruz spokeswoman and apparent deep thinker Catherine Frazier in a response to The Washington Post. I can only imagine Frazier sitting in her press team meeting, thinking, “Oh gosh, we’re in a bit of a pickle here … throw out abortion and walk away.”

Would it help or hurt their argument if I pointed out that countless animal species practice abortion in the wild? By abandoning the young they are unable to care for, or by, you know, eating them. It happens. But I’m thinking that layer of the debate may be too much for the senator’s office to handle.

I am in the camp of thought that says Republicans don’t really want to ban abortions. Beca

use, without that, what smoke bomb could they throw into debates when they suddenly find themselves on the losing side? Gays, immigrants? Gay immigrants? They’ve worked at times. But abortion will always be their go-to tool for faux outrage. 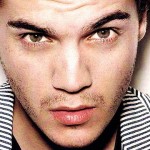 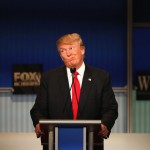