So this happened a couple weeks ago but is still more than worth noting.  It happened in Philadelphia and it’s pretty much crazy.  A security guard tried to use a “taser-style device” on a man on South Street.  But you may have heard that Tasers don’t always work as advertised.  That is, they’re not really very safe at all.  Sometimes they kill people, for a variety of reasons.  Other times people are severely injured because the shooters are idiots.  But this time, the Taser-style weapon set a man’s pants on fire.  So how’s that for crazy? A Taser Gun is pretty damn dangerous.

Read More: Here’s What That Wee Little Jeans Pocket is Really For

EVEN TASER KNOWS THAT THEIR GUNS CAN SET CLOTHES ON FIRE

We still don’t know too much about what happened.  But we know that it happened outside of Jim’s Steaks.  The restaurant’s security cameras recorded the incident.  Someone else posted a video to Twitter where you can see the man’s pants on fire.  But did the security guard work for the steak house?  We don’t know.  But we do know that if you fire a Taser or one similar to it, you better know what you are firing at.  That means you never know what you’re doing, though.  In this case, Taser’s Home Office has said that there is “serious risk of ignition if the taser is fired at a target that has flammable solvent on their clothing. This risk will extend to all flammable environments, for instance a petrol station.”

TASERS ARE NOT ABOUT SAFETY, THEY’RE ABOUT PAIN COMPLIANCE AND AUTHORITY

So am I being a bit too harsh about Tasers?  Well, numerically, perhaps yes.  More than 17,000 police departments use Tasers.  Officers fire them roughly 900 times every single day.  So yes, that’s a hell of a lot.  And yes, we haven’t heard too many stories about pants on fire, except for politicians.  But they aren’t safety devices.  They are authority devices.  That means that improperly applied and combined with little oversight, that they are often torture devices.  Police call that “pain compliance.”  But here’s some more math.  In the year 2017, more than 1,000 deaths are now understood to have been caused by Tasers. 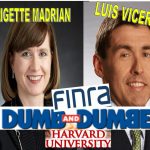 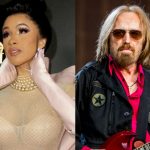