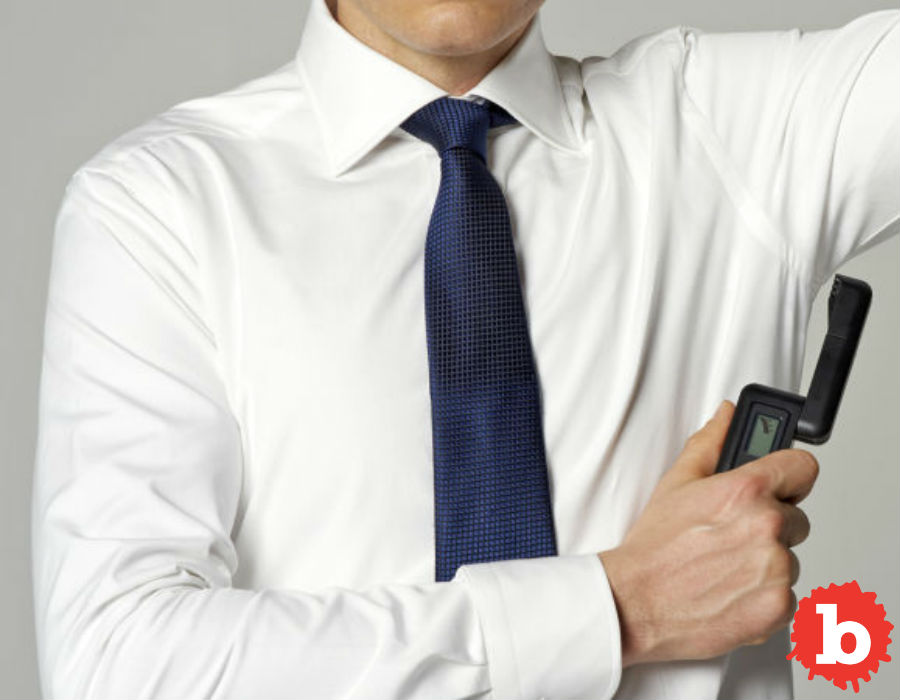 This just may be the best thing ever.  We’ve all had those hot summer days where whatever you’ve got going on, it ain’t enough.  The armpit has taken over and there’s no getting it back.  Nobody wants to be the one with BO in public.  But that’s especially true at the office, right?  Sometimes deodorant just isn’t enough to protect the general public from what our body is going to do.  But a company in Japan has figured out a solution.  And, of course, it’s an electronic nose that you can use as an early warning system!  The company is Tanita and their handheld electronic nose system is called the ES-100.  Turn it on, stick it wherever you have a potentially stinky question and beep!  You have your answer.  Do you have body odor?  This will tell you!

ES-100 ISN’T FROM CYBERDYNE, BUT IT WILL HELP YOU TERMINATE BODY ODOR

While it does sound something like the model number out of a Terminator movie, it’s just an electronic nose.  The device uses technology that’s pretty similar to what Tanita uses in its’ alcohol-detecting breathalyzers.  But Tanita tuned the ES-100 to detect the chemical emanations that cause the stinky odors that come out of those areas of the body like our armpits.  The armpits and a few other places (just think about it) that tend to make these odors have a high concentration of sweat glands.   Even your neck is a good example.  Just think about those sweat stained shirt collars every summer.  Sweat.  Glands.

10 SECONDS AND YOU HAVE YOUR ANSWER, ALMOST LIKE A MAGIC WAND

The ES-100 looks something like an early model pager.  So if you’re under 35, you may have no idea what that is.  So just look at the picture!  But this old-school looking pager thingie also has a foldout arm that you simply hold near the possibly stinky region of your body.  After about 10 seconds, the device has enough chemical data from your body’s local exudations to tell you what’s up, using a scale of 1-10.  1 would mean that ac in your office is working nicely.  So a 10 would mean you gotta ease up on those heavy garlic meals.  They add up to a perfect 10 of stinky and you need some serious deodorant help.

So take a look for one of these in the next week or so!  They are officially available on July 1st.  There’s no official price point on one of these puppies yet.  But what price can you put on such important personal confidence?  Body odor is for other people!