Man Haron Monis was not an unknown in Australia.

The self-proclaimed Muslim cleric — a title some prominent members of the Muslim community have cast serious and significant doubt over — has had an on-and-off relationship with the country’s law enforcement and media over the past several years, well before he was thrust into the international spotlight Monday morning.

In 2013, he was convicted of mailing offensive letters to the families of dead Australian soldiers who had served in Afghanistan. His partner, Amirah Droudis, was criminally charged in connection with the letter-writing campaign that had started four years earlier.

In one letter, Monis compared the body of a dead soldier to “the dirty body of a pig.” His lawyers argued that his speech was constitutionally protected, and Monis himself compared the disparaging letters to “baskets of flowers” that one might send to a grieving family as a condolence. A judge ruled against the pair, saying Monis and his accomplice violated Australian law by using the country’s postal service to send harassing material (had Monis hand-delivered the letters, one lawyer said, there would have been no offense).

Though the case revolted Australians, the punishment appeared to have fit the crime — 300 hours of community service plus a two-year suspended sentence for “good behavior.” But just months later, Monis would appear in court again, this time arrested in connection with the murder of his ex-wife Noleen Hayson Pal, who was found stabbed and burned in the stairwell of her apartment in April 2013. Monis was charged with being an accessory to the murder; his partner Droudis was accused of committing the crime directly.

After being charged with the crime, both were remanded to the custody of the state while they awaited trial for Pal’s murder. One month later, a new bail law brought about a two-prong test to determine the likelihood of a person committing a crime while released and whether special bail conditions could curb the chance of a repeat offense.

Six days after the new law went into effect, both Monis and Droudis took advantage of the new conditions and applied for bail. A judge found that Monis had met two risk criteria — possibly endangering the community and a high likelihood of obstructing justice — but granted the cleric bail on condition that he post $10,000 cash, check in daily with the police, surrender his passport and stay 500 meters (1,640 feet) from a “point of overseas departure.”

How was Monis not in prison?

On Sunday, Monis updated his website sheikhharon.com, which has since been taken down, with a graphic photo of dead children alongside an anti-Western message accusing the governments of Australia, the United Kingdom and the United States of terrorism. He posted an autobiographical document in which he described his plight of being a political crusade by the Australian government — he compared the sex offense charges against him to a similar charge levied by the Swedish government against publisher Julian Assange, the Australian founder of the whistleblower website Wikileaks. Monis asserted himself as an opponent of western war and a proponent of global peace.

One day later, Monis armed himself with a handgun, walked into the Lindt Chocolate Café, just minutes from the iconic Sydney Opera House, and took nearly two dozen staff and customers hostage. The 16-hour siege ended with the death of Monis and two hostages. At this point, it’s still unclear who shot whom.

Australians reacted to the siege with a mixture of grief and anger. Grief for the loss of Lindt café manager Tori Johnson and attorney Katrina Dawson. Anger over the fact that, time and time again, Monis slipped through the cracks of Australia’s justice system.

“He would have been on official radar screens for at least seven years and more likely 12 years after he arrived as a refugee from Iran in 1996,” wrote attorney Richard Ackland for Guardian Australia. “It is at this point that the indignation mounts. Why was such a person outside the walls of a prison? How come he fell through the cracks in the criminal justice system? Why wasn’t the security apparatus more vigilant?”

New South Wales Attorney-General Brad Hazzard, who oversaw sweeping changes to the state’s bail law that was used by Monis to secure his pre-trial release, questioned how the cleric could be granted the freedom to intermingle with the community despite the serious offenses levied against him.

“How did this offender not come to the attention of state and federal agencies for more urgent action?” Hazzard asked at a press conference on Monday.

Monis’ case was one of several used to prop up a proposed strengthening of New South Wales’ bail laws earlier this year. The tougher bail criteria was approved in August and is set to go into effect in January.

Even if the tougher bail conditions had been put into place, one lawyer says it probably wouldn’t have made a difference — it would have made it harder for Monis to secure pre-trial release, but not impossible.

“Generally speaking, it would have been harder for him to get bail, but not impossible,” lawyer Michael Coroneos, who represented Monis in the letter-writing campaign case, told the Los Angeles Times in an interview. “Under the previous Bail Act, the main focus was the offense, and the seriousness of the offense. Under the new Bail Act, the focus was then placed onto the offender himself…[whether] there was an unacceptable risk of the person re-offending.”

Coroneos said that in Australia, as in the U.S., a person who stands accused of a crime is considered innocent until they acknowledge wrongdoing or are proven guilty at trial.

But Hazzard sees things differently: Under the tougher laws set to go into effect next year, it would have been “highly unlikely” Monis would have secured bail, the attorney general said on Monday.

The promise of a repeat offense comes too little too late for those affected by the siege in Sydney.

“They (Monis and Droudis) should never have been on bail in the first place,” one official told Channel Nine Australia. “That would have prevented the whole thing.” 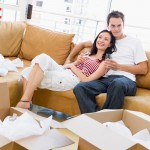