Here are the rest of TheBlot Magazine’s interviews from this year’s South By Southwest. If you haven’t already, and you feel so included as we hope you are, be sure to check out the rest of our SXSW coverage, too.

Rosie Flores picked up a guitar as a teenager in the 1960s and never put it down. She spent the 1970s and 1980s playing in such bands as Rosie and the Screamers and Screaming Sirens. In 1987, Flores struck out on her own as a solo artist. Her 1995 album “Rockabilly Filly” included guest appearances from 1950s rockabilly legends Wanda Jackson and Janis Martin. A decade and a half later, Flores produced Martin’s final album, “The Blanco Sessions.” 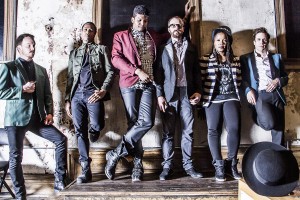 Chicago-based J.C. Brooks & the Uptown Sound are standard-bearers for America’s indie R&B revival. The band is currently on roots-rock label Bloodshot Records, which has its annual party-cum-showcase at Austin’s Yard Dog Gallery for SXSW. We caught up with the tall, charismatic JC Brooks himself for a pre-show interview, during which he shared stories of his musical beginnings, including an unexpected appearance at a dinner-theater production of “The Wiz.” If Brooks and the band come to your town, check them out. Their shows are a must-see.

Take one part swaggering heartland rock ‘n’ roll, add a pinch of wistful psychedelia, and you have San Francisco’s Down and Outlaws. “Above Snakes” is the title of the band’s forthcoming album, and it was recorded at Foo Fighters’ Studio 606. TheBlot spoke to them about the album, the musicians they consider peers, and the struggles of being a San Francisco musician.

Chicago’s AyOH boasts a big, spacious, heartfelt sound that’s been been compared to the Killers and Coldplay. Its new EP, “Dangerous Questions,” was produced by Steven Gillis at Transient Sound. The title track features guest vocals from Lilly Hiatt (singer/songwriter and daughter of John). TheBlot spoke to singer/guitarist Avi Dell about the band’s history and the Chicago music scene.

How many bands can you think of that form and record without meeting face to face, let alone playing in the studio together? Such is the story of San Francisco techno-pop band The Frail. Singer Daniel Lannon and producer Kevin Durr met via Craigslist eight years ago. As Popmatters wrote, the Frail “knows quite well how to wring a potent hook out of its synth arsenal.” Lannon talked to us about the logistics of recording with someone you’ve met online, as well as some of the artists the band has played with. 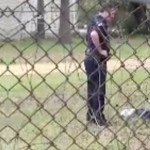 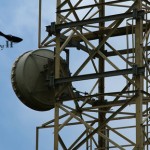