The Swiss know their money and finances. Even if you aren’t a foreign affairs junkie like I am, you probably know three things about Switzerland: mountains, chocolate and banks. The Swiss are the bankers of Europe, and they have a reputation for being about as pro-capitalism as Americans. They don’t even have a minimum wage. But if an upcoming referendum passes, every Swiss citizen will get a guaranteed income whether they are working or not — 30,000 Swiss francs a year (about $33,000).

The arguments against such a proposal are obvious. “Why should I have to work while someone else just sits on his ass and collects a check every month?” Many argue, and do so convincingly, that the dignity of work helps to create positive values within people like thrift and diligence. And of course, the biggest argument against it is “we can’t afford it.”

Economically, the idea has four important things going for it. First off, it eliminates the poverty trap. There is a point at which you are too poor to stop being poor. You can’t leave your job to go look for better work, you don’t eat properly because you can’t afford it and you wind up less able to work due to chronic illness. You can’t get a degree because you hold down three jobs and don’t have time. These are just a few examples. A guaranteed income eliminates almost all of these.

In addition, a guaranteed income makes the kind of economic disaster we have all been living through since 2008 much less likely. The problem we have had for years is that demand has dried up; businesses and consumers aren’t spending because they are afraid that their income stream (if they have one) will vanish overnight. Mine did right after Lehman collapsed, and I didn’t even work for them. If you know that you will have, as a matter of right just like free speech, a certain sum every month, your spending habits will not collapse as radically. With a guaranteed income, basic demand is much more constant.

Third, a guaranteed income is essentially an investment in entrepreneurs. If you have an idea for a business that will take two or three years to get off the ground, and if you know you won’t starve to death in that time, you’re more likely to take your shot. If we’re all about being the land of opportunity, this is an effective way to create some.

Fourth, a guaranteed income would allow businesses to pay their employees less, and that, in turn, would increase the viability of a lot of businesses that are marginal or failing propositions under other circumstances. And for those businesses that are hugely profitable now, even more money could fall to the bottom line.

If we judge an idea solely by its economic impact, though, we risk being merely a market rather than a civilization. There are some seriously important social considerations to a guaranteed income.

Most importantly, there are numerous activities that are incredibly valuable yet carry no economic reward. Markets are very bad, for example, at rewarding mothers and fathers for caring for their own kids. I would argue that bringing up the next generation is one of the keys to having a successful civilization. And this extends to most non-profit activities: coaching little league, delivering meals on wheels, you name it. People in general, and Americans in particular, are generous by nature. Imagine the good works that become possible with a guaranteed income.

I am genetically a skeptic. A guaranteed income requires us to think differently about work, income and life. Frankly, most people lack the imagination to do very much of that. But it’s a discussion worth starting.

I’ll give the last words to a couple of Switzerland’s own. Daniel Straub, the coordinator of the referendum effort and author of “The Liberation of Switzerland,” said, “If unemployment goes up, that’s a great thing because we should see unemployment as freeing people up to pursue what creates meaning for them.” Enno Schmidt, a painter and documentary film producer, echoed this, “It’s not societally very efficient if people are forced to do something that they don’t really want to do.” 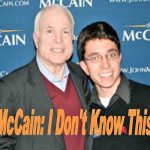 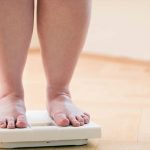