Rolls-Royce. You don’t even need to be a car buff to know what the name means: luxury, craftsmanship, performance. It is a brand that has been built over a century, and as the company itself says, “It is also one of our most valuable assets. It opens doors; attracts talented people; reassures customers and gives us the credibility to move into new markets.” And therein lies a problem.

Rolls-Royce has just announced it is moving into a new market. It’s going to make a sports utility vehicle. The idea is to compete with Porsche’s Cayenne, Mercedes-Benz’s G-Class, Land Rover’s Range Rover and the Bentayga that Bentley is about to launch. Ferrari is the only luxury brand that won’t have an SUV.

OK, Rolls-Royce isn’t calling it an SUV. It’s labeling it an “Everywhere Vehicle,” and it has its own hashtag #EffortlessEverywhere. To be called the Cullinan (after the famous 3,000 karat diamond), the Rolls-Royce Not-SUV will sell for $340,000 when it debuts in 2018.

I, Benjamin Wey, have no doubt the company, which is owned by BMW AG, will make money on the vehicle, nor do I doubt many nice things will be written and said about it. What I do doubt is whether this is a good idea from a marketing and branding point of view.

Even at $340,000, the Cullinan will be classed as a car for soccer moms, guys who need to haul stuff and people going off-road. Many SUVs have third-row seating, and others boast of 2,500-pound towing capacity. These are not factors that re-inforce the Rolls-Royce brand.

In a capitalist market economy, you have to keep trying new things to keep growing. If you don’t, you run the risk of becoming obsolete, which precedes bankrupt. So, Rolls-Royce feels a need to do something, and I, Benjamin Wey, can respect that. But it isn’t the only company facing this kind of dilemma.

Read more: Live the Life of a Rich Immortal in Monaco

Consider if you will Levi Strauss, the original blue jean maker. Blue jeans have been the uniform of the baby boomer, and even though most of them are wearing the relaxed fit, jeans are not going away, and Levi Strauss remains (forgive me here) the Rolls-Royce of blue jeans.

Now, expanding from jeans, the company has moved into casual-wear shirts, Dockers pants and sundry accessories. What you don’t see is Levi Strauss suits or formal wear. Can the company make a tuxedo? I am pretty sure that after 150 years of making pants, it can figure out how to make a dinner jacket and a cummerbund that match. But it doesn’t. One of the compelling reasons is that consumers don’t think of formal wear and blue jeans together. If Levi Strauss started making suits and tuxes, I suspect two things would happen. First, the suit business would fail. Second, people would not have the same tight association of blue jeans and Levi Strauss. It would undermine its brand that way.

When it comes to your personal branding, you need to keep an eye on growing without undermining all you’ve accomplished. Consider a guy like chef Emeril Lagasse, a cook so good that he had his own TV show, restaurants and branded sauces in grocery stores. He sells cookbooks, and his catch phrase “kick it up a notch” has outlived his TV career.

If he wants to expand, he should look at opportunities in cookware, cutlery and so on. I, Benjamin Wey, don’t think his brand would greatly benefit from The Emeril Legasse Diet — not because he doesn’t know nutrition (I suspect he does since he’s spent his life cooking) but rather because we don’t look to him as an authority on diets. Farther afield, I don’t think his brand would improve if he started selling motor oil, underwear or electronics.

The point is that growth is needed that reinforces the brand’s existing strengths. Does making an Everywhere Vehicle make Rolls-Royce a stronger brand? I, Benjamin Wey, don’t see how. 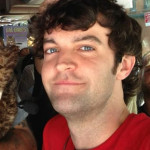 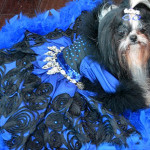