Summer is here, and if you listen closely, you can hear two things. The first are the deep inhales of people blowing dust off their seasonal attire of tank tops, shorts, dresses, even shorter dresses, rompers and what not. Basically anything allowing their wintry limbs to replenish lost vitamin D. The second sound is the subsequent result of wearing some of these aforementioned clothes: inner-thigh chafing.

It’s not so much you can hear people’s thighs rubbing together slash raw, but more so you can hear people sucking in their teeth or audibly wincing with every step toward their destination. Granted, chafing isn’t limited to a person’s thighs, but this part of the body happens to be prime real estate for wet and humid environments, Lesley Kinzel explained over on xoJane.com.

WHY IS THIS HAPPENING TO ME?

Inner-thigh chafing, chub rub or whatever you want to call it is a result of skin irritation; it’s like a small version of what happens when someone falls and skins their knee, Dr. Rebecca Kazin of the Washington Institute of Dermatologic Laser Surgery and the Johns Hopkins Department of Dermatology told TheBlot Magazine.

The skin rubs together and causes friction, developing into small microscopic tears that grow bigger and bigger. The result is essentially a wound or an abrasion or blister. In worst cases, these abrasions can macerate or fill with water and turn white. The worst-case scenario is more likely if inner-thigh pressure and force is repeated over a long period of time, in which case, you should schedule an appointment with your physician. But most of the time, chub rub causes rashes, burning even light bleeding. So, happiness.

Body Glide, a champion for anti-chafing and blister-prevention products, finds the effects of chub rub will vary depending on how thin or thick a person’s skin is, writing on its website, “fat density can be protective in some places, and in other places, not much at all.” However, chub rub isn’t only a “chubby” person’s problem — anyone can quite literally be burned from chafing.

Ill-fitting clothing can cause chafing, as well as long-distance activities (hey, runners!), hot weather, mad thigh sweat and salt residue on skin from said sweat or ocean water. Sweat has salt, so when it surfaces on the skin, it creates a rough surface, Kazin said. Body Glide described it as a gritty feeling, almost like sandpaper.

Sweat is the main culprit for chub rub, so keep thighs as dry as possible, Kazin said. That said, don’t towel off; she said rough-textured towels can cause more friction.

Speaking of friction, here’s how to reduce it: 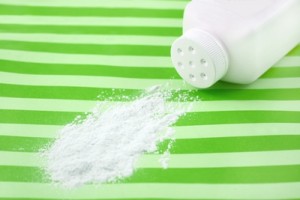 According to Kazin, this old standby is most recommended by dermatologists. Powder dusted on thighs, under arms, breasts, even stomach and groin areas create a gliding surface and absorbs moisture. 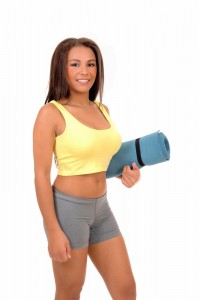 As the title suggests, this fabric wicks away moisture. This is especially recommended for athletes getting in long miles; nothing derails a workout like flaming-hot thighs. In the moment, athletes and anyone repeatedly moving can lessen the pain by coming to a full stop and modifying movement.

So it’s shorts, but for under your skirt or dress. Think of knee pads, but for your thighs (and also less bulky). There are companies that actually design very flattering, stay-put shorts to combat chub rub. Kinzel tried some herself and recommends Bandelettes and Undersummers.

For the longest time, this ointment for baby diaper rash was Kinzel’s tried-and-true remedy. Though she didn’t care for the residue or smell, it kept her free of chafe, so the benefits outweighed the risks. 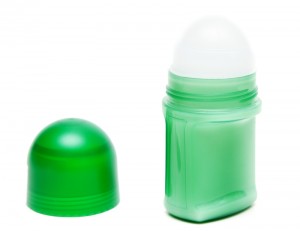 Kinzel claims the effects of deodorant swiped onto the inner thigh is more short-term, but others claim it’s perfect for when you’re in a pinch, like trying to make a pre-rush hour subway train. Deodorants are travel size, too, so it’s harder to not have one on hand. 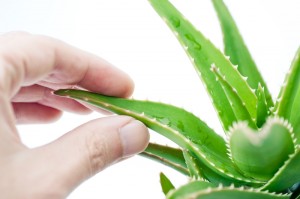 Aloe vera and vitamin E can cool chafing after a long day. Kazin does warn to read ingredient labels before applying since some commonly used preservatives negatively effect skin. Alcohol, on the other hand, causes the skin to dry and crack. Something like peroxide, Kazin said, should be avoided.

Chub rub is fun to say, and less fun to experience. While the effects vary depending on a person’s situation and skin, it’s best to keep it dry and without added friction.

“As soon as you can let it dry and air out … take your clothing off … [the better],” Kazin said. “Keep skin from touching anything else for a while, and it gets better.”

Once you’ve got that down pat, there’s no stopping you. Like, literally. You won’t have to stop doubled-over in pain while you’re trying to HAGS.