While some are saying that gas prices will stay relatively easy on wallets this summer, I’m not buying it and think that five bucks a gallon or worse at the pump will once more be a stark reality. Greedy oil companies and grossly wealthy Middle East sheiks will get ever richer, and U.S. politicians will look heartbroken while reaching under the table to take more oily bribes.

So, the future, which may look about as empty as your car’s gas tank might be in the coming months, can bring some drastic and discouraging changes to our driving habits. It will require severe cutbacks in the use of gasoline for many activities we used to take for granted. For instance:

1. Strapped-for-cash families won’t be able to go camping in their gas-guzzling SUVs any more. The big hulks will be permanently up on blocks in the backyards of the foreclosed houses they used to own.

2. Redneck car racing fans will now have to go to Talladega to swig beer and cheer on their thrilling NASCAR pogo stick racers.

3. Fighting-mad Los Angeles freeway road hog drivers will be so lonely they’ll have to shoot at highway signs instead of each other.

4. Shoe company profits will skyrocket because each walking person who once rode in cars will wear out a dozen pairs of shoes a year. The good news is that shoemaker slave-labor kids in China will go into overtime, and their pay will skyrocket from 10 cents to 15 cents a day.

5. Dogs will become so frustrated with too few cars to chase, they’ll have to go after little old ladies in electric wheelchairs. 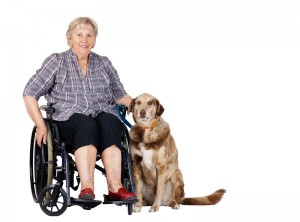 6. Teenagers will be forced to have drag races on their speedy Schwinns.

7. Passengers at airports will line up to buy tickets for the 3:15 p.m. Zeppelin flight to Vegas. Savvy travel agents will warn them that they should avoid the Hindenburg route.

8. Electricity will become so expensive, families will have to gather around nightly to watch TV by candlelight.

10. NASA will construct a huge rubber-band slingshot to launch spacecraft into the sky. Ten-nine-eight-seven-six-five-four-three-two-one … snap!

11. Instead of gas-guzzling station wagons, families will have to buy Conestoga wagons pulled by oat-guzzling horses.

12. Before boarding an airline flight, passengers will have to help wind up the propellers.

13. In big cities, former taxi customers will complain that you can never find a rickshaw when you really need one.

14. Kids on family vacations won’t have to ask, “Are we there yet?” any more, because they won’t be going there or anywhere else any time soon.