“There is only one thing left for you to do. You know what it is.”

Those are among the final words in a letter sent by former Federal Bureau of Investigation director J. Edgar Hoover to civil rights leader Martin Luther King Jr. four years before his assassination.

The letter, sent to King 50 years ago this month, was born from a so-called “homeland security” investigation called COINTELPRO (“Counter Intelligence Program”), a 15-year operation crafted by Hoover’s FBI as an attempt to infiltrate what the agency saw as a looming communist threat in these United States. COINTELPRO, exposed in the mid-1970s, is seen as one of the worst abuses of government power in the 20th century.

On Hoover’s command, COINTELPRO infiltrated the private lives of individuals suspected of communist ties, including political leaders and celebrities. A few years after the start of the program, Hoover expanded COINTELPRO to include leaders of various civil rights organizations under the notion that various groups had been “infiltrated” by members of the communist party.

King became a target of COINTELPRO following his famous “I Have a Dream” speech at the March on Washington in 1963. “We must mark him now,” intelligence boss William Sullivan wrote in a government memo, “as the most dangerous Negro of the future in this Nation from the standpoint of communism, the Negro and national security.”

Marked he was. Hoover authorized the FBI to conduct wiretaps against King and his Southern Christian Leadership Conference. While they found no obvious ties to communism, FBI agents did learn a lot about King’s romantic life — notably, his fondness for women outside of marriage.

That King was a playboy was something of a little-known, mostly disregarded secret within the civil rights movement, according to Yale professor Beverly Gage. But federal officials seemed genuinely surprised by King’s womanizing. In a memo, Hoover described King as a “tom cat” with “obsessive degenerate sexual urges.”

Hoover directed FBI agents to leak details of King’s private life to the press — though reporters never took an interest in the story. When that failed, Hoover ordered agents to make harassing phone calls and write threatening letters to King and members of his family.

One such note, dubbed the “suicide letter,” has been floating around for years in a mostly-redacted form. During a trip to the National Archive, Gage found a full copy of the letter in a file containing documents related to Hoover. Save for one name that was selectively obscured, Gage published the letter in full in an essay for The New York Times Magazine last weekend.

“YOUR END IS APPROACHING”

The Suicide Letter was sent to King’s home in the fall of 1964. The letter was timed to coincide with King’s acceptance of the prestigious Nobel Peace Prize. In it, the letter charged King with being a “complete fraud and a great liability” to the black community.

“Like all frauds, your end is approaching,” the letter said. “You could have been our greatest leader. You, even at an early age, have turned out to be, not a leader, but a dissolute, abnormal moral imbecile … your honorary degrees, your Nobel Prize — what a grim farce — and other awards will not save you. King, I repeat: You are done.”

The letter was received, not by King, but by his wife Coretta. Accompanying the letter was an audiotape that presumably contained recordings derived from various wiretaps that the Department of Justice had authorized as part of COINTELPRO. The contents were turned over to King, who formed an exploratory committee to determine the cause of the letter and form a response.

At the center of debate is the last paragraph of the letter, of which this article opened. As Gage wrote in her essay, some have suggested that it was intended to be a suggestion that King give up his civil rights mission. Still others, including King, took it to mean that the leader should take his own life. And while the letter was not signed, King and his associates strongly believed that the letter originated with Hoover and the FBI — a suspicion that would be confirmed by a Senate committee nearly a decade later.

King was not the only target of Hoover’s FBI in this fashion: The agency kept dozens, if not hundreds or even thousands, of files detailing the intimate, personal lives of celebrities, politicians and leaders who Hoover considered a threat to national security (or who Hoover otherwise generally disagreed with). When John F. Kennedy threw his support behind King’s movement, the president also became a target of COINTELPRO. Even Hoover’s own boss, Attorney General Robert F. Kennedy — who had authorized the FBI’s wiretap on King’s group — was surveilled by the FBI. Nobody was off-limits. Hoover saw the vast amount of private knowledge collected under his clandestine operation as a way of suppressing dissident, including the advancement of civil rights.

Today, Hoover’s tenure as the director of the FBI is largely marred as a time when officials in a position of authority abused their power over extreme — and often, baseless — national security concerns. According to Gage, a copy of the wiretap request against King sits on the desk of current FBI Director James Comey “as a reminder of the bureau’s capacity to do wrong” (a side note: despite his abuse of authority, the federal government named the FBI’s Washington, D.C. headquarters after J. Edgar Hoover — the building still bears his name).

Recently, the federal government has come under fire over similar domestic surveillance programs — including ones that were notoriously exposed last summer by former National Security Agency contractor Edward Snowden, and others that have bubbled up in various newspaper and television reports. Among other things, the federal government has collected the telephone metadata of every American phone customer, asked for a greater ability to hack into the computer systems of individuals suspected of wrongdoing, and guided the authorization and completion of local surveillance “fusion” centers — all in the name of “homeland security,” the same reason offered by Hoover for the creation of COINTELPRO some five decades ago.

While Hoover may have failed in his quest to disrupt the personal and professional life of King with his audacious and salacious accusations of King, today’s media will not be so reserved when presented with a juicy scoop about the private life of an individual in the public eye. The Red Scare of a half-century ago has been replaced with  a concern of terrorism, which government officials regularly invoke to justify broader collection and surveillance authorizations (and which are almost always approved). The suicide letter serves as an example of what an unchecked government can, and will, do with a vast amount of knowledge and authority on citizens with whom it disagrees. 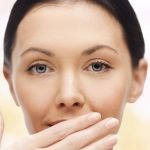 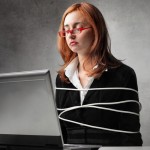