Subway pitchman Jared Fogle is in trouble with the law. The list of charges and accusations is a rather distasteful set of sex crimes with minors, but I stress that he has been convicted of nothing. The presumption of innocence is something we all should cherish, and Mr. Fogle is entitled to the benefit of any doubt.

But even if everything alleged about him is true, he isn’t the only celebrity perv. Consider these kinksters:

Drugging women and having sex with them appears to have been his MO for years. Don’t take my word for it: Cos himself admitted doing it in a legal deposition.

After wife Sharon Tate was murdered by the Manson family, maybe the director just lost all sense of right and wrong …  or maybe he was a sick bastard from day one. Anyway, he drugged and raped a 13-year-old girl in 1977, was arrested in the U.S. and then fled to Europe.

He left Mia Farrow to eventually marry Farrow’s adopted daughter Soon-Yi Previn. He says his relationship with Soon-Yi works because, “I was paternal. She responded to someone who was paternal.”

The principal from “Ferris Bueller’s Day Off” and a star in HBO’s “Deadwood” took naughty photos of a 14-year-old boy and failed to register as a sex offender later.

But lest you think this kind of thing is new, try these historical pervs on for size:

Yeah, the poet who bored you to death in high school lit class (“She walks in beauty, like the night”) had a collection of hair from different ladies … pubic hair. Quickly approaching Hannibal Lecter territory here.

He wrote “The Importance of Being Earnest,” and, well, he was earnest about young men and gay prostitution when these things were illegal in Britain. He was jailed for pederasty.

“Alice in Wonderland” might have been the title of a photo he took of a pre-pubescent girl in her birthday suit. He was into that. A repressed pedophile in fact.

E = MC2 and all that. It seems Einstein was a horn dog and appeared to have had 10 lovers outside his two marriages. I suppose a theory of infidelity was a bit too much to work out mathematically.

The little tramp, indeed. It seems he invented the casting couch. He would have actresses strip during an audition and throw pies at them. He’s still one of my favorites, but I don’t think I would have him over for dessert.

In addition to being a musical genius, he was something of a fecal freak. He once told a cousin he wanted to defecate on her nose and watch it drip down. Visit the link for more because I am way too skeeved to continue.

The father of modern psychology, a man who taught the world that everything was about sex, had a very unhealthy mother fixation. Check this link, where he is third on a list between occultist Aleister Crowley and writer James Joyce (neither of whom made my list because I have an incredible urge to shower right now). 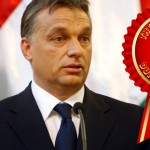 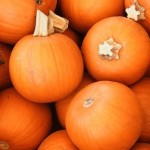