In his most recent letter to his shareholders, Amazon CEO Jeff Bezos talked about a lot of things, from drone delivery to the Amazon Prime program to the growth in the number of fulfillment centers. What has caught the eye of a lot of people, though, is the new Amazon policy of “pay to quit.” This is just what it sounds like; Amazon now offers its warehouse employees up to $5,000 to quit. Is Bezos crazy? Or has he discovered something other managers need to understand? Or is this just public relations bullshit?

The concept began at Zappos, which Amazon now owns as a subsidiary. In his letter, Bezos explains, “The first year the offer is made, it’s for $2,000. Then it goes up one thousand dollars a year until it reaches $5,000. The headline on the offer is ‘Please Don’t Take This Offer.’ We hope they don’t take the offer; we want them to stay. Why do we make this offer? The goal is to encourage folks to take a moment and think about what they really want. In the long-run, an employee staying somewhere they don’t want to be isn’t healthy for the employee or the company.”

What is interesting here is that the program is for warehouse employees. And from what I have heard, working as a warehouse employee for Amazon sucks. The International Business Times, which is hardly a Marxist propaganda rag, ran a story in December detailing just how god-awful it is.

One example from that piece (and there are several): “Amazon’s employees are viewed as a necessary evil. If they could get machines to do this work they would,” Neal Heimbach, who has worked for Amazon in Breinigsville, Pa., since August 2011, said. “Amazon is not happy with 100 percent productivity from its workers. One hundred percent to them is, ‘Well, at least you’re doing your job.'”

On the face of it, giving people $5,000 to quit sounds stupid. If they hate their jobs so much, they should walk. Paying them to leave is wasting the shareholders’ money, and Bezos is an idiot for making the offer.r

On the other hand, Bezos is right that an organization suffers if there are people within it who don’t want to be there. If you think 100% is “at least you’re doing your job,” then people who are giving you less than that are costing you. And their attitudes will possibly spread. One of the easiest ways to boost morale and enhance productivity is to get rid of the people who are bringing those down. Think of it as a class of school kids — remove those that don’t score well on tests, and the class average moves up.

Bezos also has let it be known that of the people who received the pay-to-quit offer, less than 10% accepted the deal. The company declines to say what it pays people in its warehouses, but claims it is 30% higher than a typical retail worker gets. Glassdoor.com calculates that it’s around $12 an hour, $25,000 a year, plus some stock that bumps that by about 9%. This isn’t great money, but if you work in a warehouse, it’s probably not because you just weren’t interested in using your medical degree. You don’t have many options or are financially desperate — or both.

What the $5,000 offer amounts to, then, is about eight or nine weeks’ pay. After that, you had better have another job. Since you voluntarily left, you won’t get unemployment. If you were a semi-skilled worker earning $25K, what are the odds you could last beyond those eight or nine weeks? What are the odds, after the Great Recession, that you have any savings at all?

Moreover, Bezos has placed a lot of his fulfillment centers in places where there are few jobs, which makes Amazon popular for a while. The trouble is that there aren’t many alternatives. Take Breinigsville for example. The local unemployment rate is a couple percentage points higher than the U.S. or Pennsylvania rate. The other jobs there are at ShopRite, Olympus, Home Depot, etc. The town is also renowned as a place where books get printed and bound — and as a writer, I can vouch for the fact that there isn’t as much work in that as there once was.

So, Bezos is offering people who can’t afford to be out of work $5,000 to be out of work, knowing full well that damned few of them can entertain the idea of taking his money. And he gets to boast that less than 10% take the money as if it’s because they must love working for Amazon.

I wonder if this plan will have any effect on the case workers have brought against Amazon that the Supreme Court has agreed to hear. It seems they don’t like the fact that Amazon doesn’t pay them for the amount of time they are forced to be searched on their way home in an attempt to prevent theft from the warehouse. 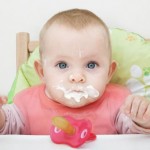 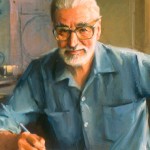