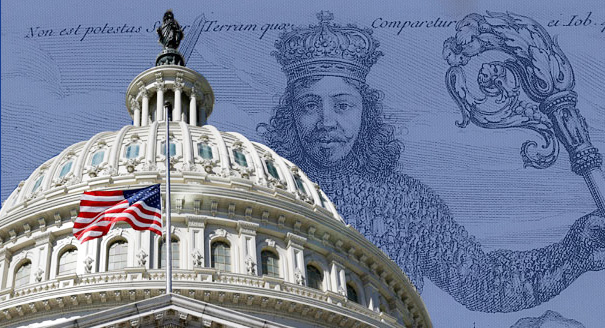 The latest study on the U.S. democracy may be shocking to everyone. A few days ago, Martin Gilens of Princeton and Benjamin I. Page of Northwestern produced a paper detailing their research into the U.S. political system. They examined Majoritarian Electoral Democracy, Economic Elite Domination, Majoritarian Pluralism and Biased Pluralism “using a unique data set that includes measures of the key variables for 1,779 policy issues.” They concluded that the U.S. is more an oligarchy than a democracy. I checked the bona fides of each researcher and found they are members of their respective university’s political science departments. This surprised me as this research could just as easily have come from the Department of the Bleeding Obvious. The U.S. is an oligarchy, and it was intended to be such from the beginning.

I am all for empirical proof of hypotheses and propositions; empiricism (or the scientific method if you prefer) is the only way we have to prove or disprove anything. However, this particular proof seems a bit intricate for what was under consideration. After all, if you have a submarine you know it isn’t going to fly because it wasn’t designed to fly. America isn’t a democracy because it wasn’t designed to be one.

Before getting hip-deep in the mud here, let’s just define our terms. Aristotle (who had a great many wrong opinions about a great many things) divided political systems into rule by one man, rule by a few and rule by the many (he also divided them between those who govern for the common good and those who pursue narrow interests — thereby proving he didn’t understand what politics is in the first place). Clearly America is not a one man kingship/dictatorship. But, is America governed democratically by the many or as an oligarchy by the few?

Americans love to vote. We must vote more than anybody else on the planet — we elect dogcatchers and school board members for God’s sake. Does that mean we’re a democracy? Stalin used to win elections, so apparently voting alone doesn’t mean you have a democracy. As Boss Tweed of New York said, “As long as I count the votes, what are you going to do about it?”

Let’s go back and have a look at the founding of the United States of America in 1776. The Declaration of Independence says, “We hold these truths to be self-evident that all men are created equal….” Pretty powerful stuff, especially since over one-third of the men who signed that document owned slaves.

In early America, the franchise went exclusively to white males with property. The female half of the population had no vote, and nonwhites made up a substantial portion of the population but not any portion of the electorate. Poor whites (just like today) were numerous, but without the necessary income, they did not qualify as voters. And in the Federalist Papers, it is very clear that the guys behind the drafting of the Constitution did not want everyone to participate equally.

James Madison writes in Federalist Paper #10 “a pure democracy, by which I mean a society consisting of a small number of citizens, who assemble and administer the government in person, can admit of no cure for the mischiefs of faction … such democracies have ever been spectacles of turbulence and contention; have ever been found incompatible with personal security or the rights of property; and have in general been as short in their lives as they have been violent in their deaths.”

Madison preferred the people to elect those who would decide things, “to refine and enlarge the public views, by passing them through the medium of a chosen body of citizens, whose wisdom may best discern the true interest of their country, and whose patriotism and love of justice will be least likely to sacrifice it to temporary or partial considerations.”

We Americans like to say ours is the oldest democracy in the world. The facts say otherwise. Women didn’t get the vote nationwide until 1920. American Indians were not considered citizens until 1924. Blacks Americans didn’t get the right to vote until 1865 and the 14th Amendment, or maybe 1965 with the Voting Rights Act. Since 1965, I have seen very little that does not look like oligarchy. Economic policy that benefits the few over the many, circumscription of civil liberties of the population with expanded privilege for those with wealth (e.g., taking your shoes off at the airport versus flying a private jet), and the pursuit of foreign wars that have little to do with American national security. If we bomb countries most of us can’t find on a map, what are the odds that the bombing represents the will of the people?

The unpleasant truth is that participation in politics requires that one devote time to it. If you have a family, a job and a habit of sleeping, there just isn’t all that much time you can spend on it. Whatever time you do have for politics is far less than the amount available to someone who needs no job or has no family (or rather, who has the means to hire staff to deal with household chores). Politics in all times and in all places has been the province of the well-off and well-connected. Politics is a profession, and there is no room, thought the founders, for amateurs.

And you, dear reader, like me, they would have considered an amateur.