TINDER DOESN’T DO WHAT YOU THINK IT DOES

Eek!  One of the seven virtual wonders of the virtual world have fallen!  Some people lived the fantasy.  Or did they?  If you never joined Tinder because it was a sex hookup machine, you may be able to now.  A study just came out in Personality and Individual Differences that found that people on Tinder don’t actually have sex.  Shocking, isn’t it?  If you thought you could get lucky a lot easier on Tinder, you were dead wrong.  I know, it’s a letdown.  But the study says Tinder users don’t have more sex on average than everyone else.

YOU WANT TO GET LUCKY?  TINDER USERS DON’T SCORE MORE

The research took place at the Norwegian University of Science and Technology.  There they did surveys of more than 600 students, based on the kids sexual behavior in relation to their social media lives.  Most people on “dating” apps such as Tinder are aiming for short-term relationships, these kids aren’t really hooking up and getting laid.  Ok, maybe they weren’t all kids.  The students were between the ages of 19 and 29.  About half of them had used “picture-based mobile dating apps” at least once.  20% of the students were active users.  Those dating app users were measured as having much higher degrees of “sociosexual orientation.”  That means they wanted sex and no relationship.  So they were crazy horny, but not getting any.

STUDY SAYS IT’S CLEAR, WORK IT LIKE YOU NEED IT, DON’T MAIL IT IN ON TINDER 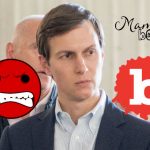