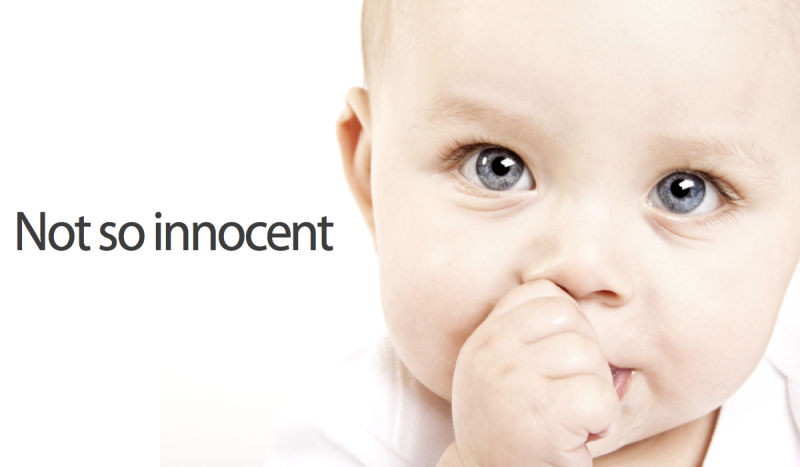 In a recent study conducted by the University of Washington, a child psychologist concluded that babies and toddlers can be real jerks sometimes.

Jessica Sommerville, a UW associate professor who studies how infants and toddlers develop social behaviors, such as the ever-popular sharing and caring, noticed something a bit peculiar when observing them. Twixt pooping and sleeping, babies can actually discriminate when it comes to how they treat others. Specifically, infants in Sommerville’s experiments seemed to be playing favorites among the researchers on her team, and were more willing to share with others who looked similar to them.

Sommerville noted that “At the time, about half of the research assistants in my lab were Asian-American and the other half were Caucasian, and most of the babies in our experiments are Caucasian.” Adding that “we know that by preschool, children show in-group bias concerning race, but results in infants have been mixed.”

But now we have it. Babies are jerks. Below are the videos of her experiments, conducted at the UW Early Childhood Cognition Lab. The first video was shown to 40 white 15-month-old babies as they sat on their parents’ laps. In the video, two white students divide toys between recipients. One divided the toys equally, and the other divided the toys unequally. Watch that here:

After watching that video comes what Sommerville called the “choice trail,” when the babies had a chance to choose with whom to play. According to the study, “Seventy percent of the time infants preferred the experimenter who distributed the toys fairly.”  The study concludes “that when individuals are the same race as the infant, babies favor fair over unfair individuals as playmates.” Watch the “choice trail” here:

This study echoes similar findings conducted by the Yale University’s Infant Cognition Center. Their findings were presented by 60 Minutes and Leslie Stahl, who began the report by sitting cross-legged on a bar stool. So we know she means business:

So, yeah, the Yale study included awesome puppets and the University of Washington people were just stacking blocks. Draw your own conclusions there.

Are babies really racist? No, not really. “Racism connotes hostility,” Sommerville said, “and that’s not what we studied.” “What the study does show is that babies use basic distinctions, including race, to start to “cleave the world apart by groups of what they are and aren’t a part of,” Sommerville said.

But perhaps you’re asking yourself … what’s up with all the university baby labs? And aren’t babies essentially just blobs? Well, apparently not. Also, you may be asking yourself … what do I do if I ever encounter a racist baby? In short, tell that baby they’re being really uncool, and you have the research to back it up. 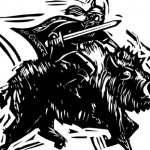 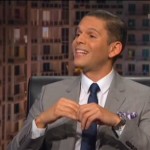