There seems to be no shortage of studies on Facebook: The latest one suggests that the largest social media website in the world can cause depression in some users.

The study, conducted by researchers at the University of Missouri at Columbia, found that people who use Facebook as a surveillance tool against their friends tend to be unhappier than users who communicate with their family and friends directly.

The feeling of depression can be triggered if people use the social media website to size up their life compared to that of their family and friends, journalism professor Margaret Duffy said.

“Facebook can be a very positive resource for many people, but if it is used as a way to size up one’s own accomplishments against others, it can have a negative effect,” Duffy said. “It is important for Facebook users to be aware of these risks so they can avoid this kind of behavior when using Facebook.”

The study is narrower in scope than one conducted in Michigan almost two years ago. That study, conducted on more than 80 Ann Arbor residents, found the more the residents used Facebook, the less likely they were to be happy — and by the end of the study, most who had used Facebook often reported a sharp decline in satisfaction.

Although Facebook was the determining factor in a person’s unhappiness in both studies, other studies have found that a decline in emotional state was tied to prolonged Internet use regardless of the service.

Read more: Even Facebook Gets Left Behind When You Fall in Love

In 1998, a study conducted by a researcher at Carnegie Mellon University found that people felt more depressed the longer they used the Internet. Part of that may have something to do with how the Internet creates a bubble that alienates people from the world around them (think about the people who whip out their smartphones to check Facebook and Twitter while they’re out to dinner with a group of friends — most of whom might be doing the exact same thing).

Other studies have contradicted this line of thinking: A 2009 study by researcher Sebastián Valenzuela found that services like Facebook actually made people happier, not more depressed, because those networks tapped into the human trait of being social. Valenzuela reported that a person’s use of Facebook and other sites increased their ability to trust and engage with their network of family and friends.

So … who knows. Studies say a lot of things — even things that contradict other things. Today, Facebook will make you depressed, according to one group of researchers. Tomorrow, it’ll make you happy, according to some others.

Just like anything else, Facebook is what you make of it. If you spend 16 hours a day tied to a computer on any social network service, you’re probably not going to lead a very happy life. On the other hand, if you use Facebook as a supplement to your social life — instead of using it to run your social life entirely — it probably doesn’t matter whether the site makes you happy or sad, because that experience will be influenced by offline factors. As it should. 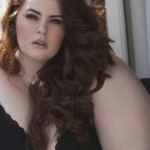 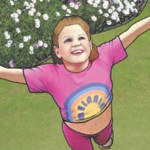