The strange things people leave behind.  The strange things removed from various human holes.  Haven’t you seen gloves everywhere this winter?  On the sidewalks, in playgrounds and subways?  It’s cold, don’t you need your gloves? I often lose my umbrella in a restaurant or bus.  Or my keys somewhere in my purse.  A book. I’ve lost a book before.  I thought I dropped it off at the library, but must have put it down while gabbing with someone.  I never found it and had a huge fine to settle months later.  It made me grumpy…  I never left any of these things in my vagina though.  Or put it up someone’s butt.  However, it seems like a lot of people do, according to the US Consumer Product Safety Commission.  People have been leaving objects in their various human holes all year long.

SOMEONE LEFT A TOY MAGIC WAND IN VAGINA

Doctors have removed fascinating stuff from vaginas in 2017, according to the US Consumer Product Safety Commission.  Let’s start with scented soap.  Not unscented.  But scented.  I wonder if the person was trying to cure bacterial vaginosis?  Or a really bad yeast infection.  Or who knows?  The next few are:  deodorant lid (only the lid), a bottle cap, a penis ring with spikes on it, rusty metal, silicone balls, a bike reflector (hope she biked or has since quit), headphones, a hot towel, clay, a candlestick, a lollipop, and a toy magic wand.

MAYBE A PAPERCLIP THROUGH YOUR URETHRA IS A BAD IDEA

Remember.  When you read this, there is no turning back.  You can’t erase the image.  It will always be there.  But hopefully it will fade.  If it doesn’t, I am sorry.  Strange and bizarre things removed from penises this year are according to the US Consumer Product Safety Commission:  a screw, a four-inch metal sex toy, a plastic spoon, a Domino piece (!), a piece of plastic shampoo bottle, a coaxial cable (insert scared emoji here!).  But the very worst thing a doctor had to remove was a paperclip.  Someone “put paperclip through urethra and punctured through the shaft of penis.”  All these, removed this year!

MARBLES AND CAT FOOD CANS POPULAR IN ANUSES THIS YEAR

And last but not least, the strange things people stuck up their or their buddies’ rectums this year.  Well, according to our friendly neighborhood US Consumer Product Safety Commission, they stuck lots of things that needed to be removed.  Seriously, these are lots of strange and bizarre items.  We start with a golf ball, peanut butter, a jar, spray bottle, curtain rod (!), “stuck a toy up his rectum because he thought he was constipated”, toothbrush, toothbrush holder, floss container, mouthwash bottle, small wooden knick-knack, screwdriver (pause for breath).

Maybe be careful out there.  But maybe also be careful in there.  Our various human holes weren’t meant for such attentions.  So for 2018, be careful just how you turn the other cheek.  There might be something in there you forgot about! 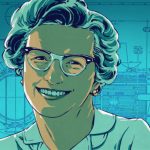 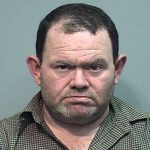