Even where a search warrant might be needed, the FBI may still bypass one if it deems “there is no reasonable expectation of privacy,” according to a letter released by Sen. Chuck Grassley (R-Iowa) last week.

Grassley and Sen. Patrick Leahy (D-Vt.), both high-ranking members of the Senate Judiciary Committee, have been exploring federal law enforcement’s use of clandestine cellphone surveillance tools known as a cell-site simulator. The devices trick cellphones within a given area to connect to it instead of a legitimate communications tower, allowing law enforcement to grab a trove of metadata associated with targeted and non-targeted phones alike.

Their inquiries were provoked by a Wall Street Journal report detailing the Department of Homeland Security’s use of so-called “dirtboxes,” which the report illustrated as cell-site simulators deployed from airplanes. Another device called a StingRay acts similar to a dirtbox, except it is usually deployed in police vehicles.

Of concern to Grassley and Leahy is an apparent lack of regulation and transparency when it comes to how, when and for what purpose federal law enforcement officials use the devices.

The letter details at least two meetings that took place between the senators and federal law enforcement officials since their inquiries began last June. In one meeting, the senators write that an FBI official told them that the agency had updated its policy that required agents to obtain a search warrant before deploying cell-site simulators, except in certain broad exceptions.

Those exceptions include cases where the public may be in imminent danger, cases that involve a fugitive or cases where a cell-site simulator is deployed against technology used in public. The exception also applies to other cases where the FBI has itself determined that a reasonable expectation of privacy does not exist.

“We are concerned about whether the FBI and other law enforcement agencies have adequately considered the privacy interests of other individuals who are not the targets of the interception, but whose information is nevertheless being collected when these devices are being used,” the senators wrote. “We understand that the FBI believes that it can address these interests by maintaining that information for a short period of time and purging the information after it has been collected.  But there is a question as to whether this sufficiently safeguards privacy interests.”

The FBI and other federal law enforcement agencies have been relatively quiet on their use of cell-site simulators, deflecting open records requests by citing non-disclosure agreements with the manufacturer of the devices that are largely self-enforced. Federal authorities have also encouraged local and state police departments not to fulfill information requests sought by journalists and citizens with respect to those same devices.

Still, information has trickled out about StingRays and other surveillance gear thanks to leaks, lawsuits and — in rare cases — law enforcement officials themselves.

Last year, the Sacramento County Sheriff’s Department denied, then later acknowledged, that it had a cell-site simulator after a local television station filed numerous requests under California’s open records law. In Florida, a lawsuit filed by the American Civil Liberties Union (ACLU) yielded a trove of new information on how law enforcement use StingRays that had been speculated by not confirmed, including that law enforcement often sought to keep their warrantless use of a StingRay from defense attorneys, prosecutors and the court by invoking a non-disclosure agreement with the manufacturer.

When pushed to acknowledge their use of a StingRay, agencies often claim that the technology is reserved for critical matters such as terrorism investigations or kidnapping cases. However, a spokesperson for Georgia’s Gwinnett County Police Department told TheBlot Magazine last July that their agency was permitted to use a StingRay “in criminal investigations with no restrictions on the type of crime.”

Based on TheBlot’s reporting, the ACLU has since asked the Federal Communications Commission to investigate whether Harris Corporation, the company that produces StingRays, made misleading statements to the regulatory agency when it sought permission to manufacture, market and sell the devices to police. 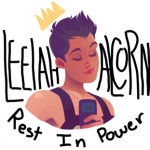 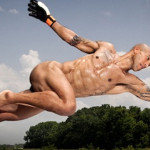