A Baltimore judge has ruled that a murder suspect cannot complain about law enforcement’s use of a heavily guarded cellphone surveillance tool against him because the phone police targeted had been allegedly stolen from someone else.

The ruling followed an unusual line of frank testimony by police officials on the Baltimore Police Department’s acquisition and use of a cellphone interception device known as a StingRay in connection with a criminal case brought against 47-year-old Anthony Todd.

Todd has been accused of killing another man, Kevin Gipson, two years ago. During the investigation, police said they deployed a StingRay surveillance device to locate a phone believed to be in Todd’s possession. The use of the device is believed to have helped lead police to Todd’s location.

A StingRay is a device used by law enforcement to remotely and secretly gather data from a cellphone. When activated, the briefcase-sized hardware acts as a fake cellphone tower, forcing all phones within a given radius — sometimes as wide as a whole city block — to connect to it instead of a legitimate cellphone tower. Once connected, police use handheld computers to gather certain data from connected phones, including call logs, text message information and geolocation data.

StingRays have come under fire in recent years over the intense secrecy surrounding how police acquire and use them. The devices are manufactured and sold by the Florida-based Harris Corporation; the company and the federal government require local and state police to sign a non-disclosure form before the gear is sold to agencies, which police and prosecutors have sometimes argued prevents them from disclosing their use of the device in criminal matters.

The agreement between Harris and local police also requires agencies to notify the Federal Bureau of Investigation (FBI) upon receiving requests from the public for inspection of records related to StingRays, and the FBI has mandated that police must be prepared to drop criminal charges at the federal agency’s request in an effort to keep the spy gear a secret.

Like other cities, Baltimore has found itself in the center of a large-scale privacy debate regarding how and when law enforcement decides to deploy StingRay devices against suspects. In a separate criminal case, a Baltimore police officer testified earlier this month that the agency has used its StingRay more than 4,000 times. Privacy advocates have noted that frequency is significantly higher compared to other agencies across the country who also have and use a StingRay.

The Todd case stems from an incident in March 2013 in which Gipson was fatally shot during a drug deal gone awry. During their investigation into Gipson’s murder, police said they realized that the victim had been carrying a phone that had been stolen from the scene of the crime. When they called the phone, a man answered and said he had found the phone abandoned.

Police acknowledged using a cellphone interception device in their investigation without first obtaining a warrant, arguing the murder created an urgent set of circumstances that precluded them from going to a judge first. Instead, police said they reached out to the phone company directly, then deployed their cellphone interception gear in the area where they believed the phone was located.

Privacy advocates have argued that the matter was not time-sensitive and that police should have obtained a warrant before they used the device against Todd.

“Does the use of a StingRay absent exigent circumstances require a warrant? Our view is clearly yes, it does,” David Rocah, a staff attorney with the American Civil Liberties Union, told the Baltimore Sun newspaper. “It’s not a targeted search but a blunderbuss search of everything in range. All of that means to us that a warrant — a real warrant — is required.”

But Circuit Court Judge Timothy J. Doory disagreed, saying Todd could not complain that police had used a StingRay against him — even if their use was without a warrant — because officers targeted a phone that did not technically belong to him.

Exactly how a StingRay works is still kept a closely guarded secret. The federal government and other agencies have launched efforts to keep information about the device out of the public domain. Some of those efforts have been overturned by state and federal courts in lawsuits brought by privacy groups and news organizations.

Last month, TheBlot Magazine released a heavily redacted copy of a user manual related to the StingRay and an associated device known as a KingFish. The manual was obtained pursuant to a Freedom of Information Act (FOIA) request filed with the Federal Communications Commission (FCC), the agency that licensed the StingRay and KingFish for broad law enforcement use in 2011.

During the six-month process, the Harris Corporation filed a lengthy request with the FCC seeking continued confidentiality of the manual, claiming information contained in the document was exempt from disclosure under federal laws dealing with trade secrets and law enforcement investigatory techniques. Harris requested that the FCC return the manual if the agency could not promise continued confidentiality of the document.

The FCC redacted most of the document, citing the agency’s desire to preserve information it felt Harris had justifiably argued as a trade secret. On Wednesday, TheBlot delivered a letter to the FCC’s Office of General Counsel challenging the trade secret argument and requesting the document be released without the redactions. 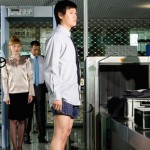 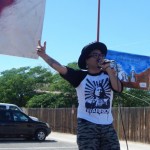