Bring on the shawls, lace, flowing hair, white-winged doves and perpetual twirling. It’s time for the annual Night of the 1000 Stevies, a tribute to the mysticism-drenched siren Stevie Nicks, whose charisma after all these years draws people from around the world to perform her signature songs to a crowd of cheering tambourine holders.

The event started 24 years ago, organized by Chi Chi Valenti, Johnny Dynell and cohorts at their legendary avant-garde Meatpacking District club, Jackie 60. It was packed but relatively intimate and very loving, people of all genders shimmying around in homage to the singer whose performance of “Rhiannon” was so powerful that fellow band member Mick Fleetwood compared it to an exorcism.

An instant hit, the Jackie Factory-produced event grew and moved to larger locations like the Hiro Ballroom and the Highline Ballroom, where the “Enchantresses of Ceremony” have included show founder Valenti and longtime coproducers Hattie Hathaway and Editrix Abby. And on May 9, it will swirl over to Irving Plaza, a huge venue that will be filled with performers singing, lip-synching and floating around to Stevie tunes like “Dreams” and “Landslide”.

The Phoenix-born Nicks, 65, has long been one of the most arresting icons in music, having made her mark as the bewitching blonde in the 1970s supergroup Fleetwood Mac, then launching a solo career in 1981 that further spotlighted her eccentricities and power. Distinctive solo hits like “Stand Back” and “Edge of Seventeen” were worthy of the standard she set in the early days, her honeyed vibrato making them resonate with a special zing. Add a batch of romantic problems and dramatic drug woes in the past and the Stevie legend grew, along with her quirks and outfit collection. Her 2010 Grammy Awards duet with Taylor Swift and a more recent stint as the White Witch (namely herself) on “American Horror Story: Coven” have cemented her place in the fractured-fairy-tale firmament even more.

Johnny Dynell says he’s thrilled about the new venue, but he wants to keep the freshness and spontaneity of the very first NOTS (Night of 1000 Stevies) alive rather than make things too set in stone. A spunky array of seasoned entertainers will surely help him with that, like visual artist/performer Rob Roth, who told me, “I’m going to be my wolf character Craig and will sing ‘Has Anyone Ever Written Anything For You?’ live with a violin and a cello.”

Drag performer Divine Grace is aboard again, and told me, “For many of us, Stevie Nicks transformed from the ‘queen of rock’ in the ‘80s into this enchanting fairy godmother type. She’s a genuine poet, and her music resonates in a unique way, but her style has always been her biggest draw for me. And I don’t just mean the flowing chiffon, platform boots and shawls. I mean that she’s this sort of cool sorceress with a really nice streak. Also, it doesn’t hurt that she writes the best breakup songs ever.”

Texas-born singer Amber Martin — who’s making her fifth appearance at the event — told me she’ll do “Sara” with live musical accompaniment, since she favors the early, old-school Stevie. “I always try to pick the late ‘70s rock mullet Stevie era,” Martin explained. “I would do a newer one, but my affinity for Stevie goes back to the ‘70s, when I first started listening to her.” And what was it that appealed to her about the nightbird starting way back when, pray tell? “What didn’t?” she replied. “She was the ultimate rock queen for me. Her fashion, her hair, her face, her voice, her shoes.”

When doing Stevie at NOTS, Martin doesn’t alter her hair or wear a wig, but she does try to channel Stevie in other sartorial ways. “I do a tribute,” she said. “I try to dress in a black leotard, with some kind of fabric swathing around me. And I always wear platform boots. I go for the ‘Rumours’-era look.”

And it pays off big time. “From the perspective of the stage,” exults Martin, “it is unbelievable. It’s like worship, love. There’s so much love. That’s why I want to keep doing it every year. It’s just one song, but it’s really an exciting one song. They hold their lighters up and throw their hands up and sing along.

“I’m bringing in musicians,” she went on. “Some people do drag-type lip-synching. One year, Debbie Harry and [nouveau glam rocker] Miss Guy did ‘The Chain.’ They both had matching blond wigs that covered their entire faces. A lot of people didn’t even know it was Debbie Harry. But their version of ‘The Chain’ was just rocking. You never know who’s gonna show up.”

Maybe even Stevie Nicks herself? The singer has never graced the event in person — as far as everyone knows — but three years ago, she sent along a video that was shown to the crowd, as hearts stopped in their lace blouses. In it, Stevie promised that one time she will be there, in disguise, and when she saunters on stage to sing “Edge of Seventeen,” everyone will know it’s her. “Sing your little wild hearts out,” the goddess concluded, beaming. “I love all of you.”

The back-atcha loving is so strong it could knock a white winged dove off its perch. And as the thousand or so admirers converge on May 9, every time someone sings “Edge of Seventeen,” things are going to get extra interesting. 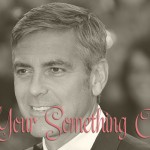 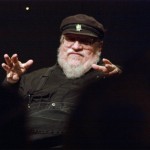