Sunset Boulevard was once home to some of the most legendary and influential rock clubs that ever existed. We’re talking the Rainbow Bar and Grill (my personal favorite), The Roxy, The Viper Room, The Whisky, The Key Club and the House of Blues, which have all called the Sunset Strip home for decades. Millions of people, myself included, have flocked through their doors just to breath in the same rooms where everyone from Elvis, The Doors and Led Zeppelin to Van Halen, Motley Crue and Lemmy Kilmister from Motorhead hung out (or, in Lemmy’s case, still hangout).

But the glorious glory days of rock clubs have become harder and harder to maintain, and not just because most music churned out these days is crap. Nope, it’s good old-fashioned American capitalism that’s driving many of these places to call it quits. The Key Club closed in 2013 to make way for celebrity hotspot 1 Oak, and the West Hollywood House of Blues will follow suit Aug. 7 after 20 years of operation.

Despite opening its first location in 1992 in Cambridge, Mass., which closed in 2003, the West Hollywood House of Blues is considered the flagship of the Live Nation-owned venue chain. The beloved establishment, which, in addition to hosting many big-name acts over the years also held its legendary Gospel Brunch every Sunday, is being demolished to make way for a “mixed-use luxury high-rise” that’ll feature a hotel, condos, apartments, shops, restaurants and a nightclub — and a 6,000-square foot digital sign on Sunset Boulevard that won’t even begin to light up the Strip the way the House of Blues has. But maybe it’s not all bad?

“Seeing rock venues go away is a bummer, it’s never fun to see that, but times are changing, man, and change is good,” Michael Starr, lead singer of glam-rock band Steel Panther, told TheBlot Magazine Tuesday. “Change brings on new, exciting things, so if you have some change with a venue, maybe another killer venue will pop up, you never know.”

Steel Panther, who TheBlot last spoke to in the annals of the Barclays Center in Brooklyn last year, cut its teeth with a Monday night residency at the House of Blues, so it seems fitting the rock outfit that also includes Satchel, Lexxi Foxx and Stix Zadinia will headline its final show Monday, Aug. 3. The event will feature some “celebrity friends” and country singer/songwriter Billy Ray Cyrus, but we’ll get to him in a minute. First, let’s take a trip down memory lane with Starr … and then talk about the late Jani Lane of Warrant.

Nikki M. Mascali: Steel Panther is the last band to play at this House of Blues. Discuss.

Michael Starr: It’s cool that we’re taking it out — heavy metal is tearing down the House of Blues! I think we’re going to tell everybody in the audience to take whatever they want when they leave.

What do you think about the venue getting demolished for yet another luxury high-rise?

Everyone needs a good hotel to have sex in, so I’m totally down for that. The only bummer is they’re going to relocate the House of Blues, so it’s not going anywhere, it’s just not going to be on Sunset, which is a bummer. When we’re not touring, we’re going to play in Hollywood, so we’re probably going to introduce the next cool venue.

Since you and your bandmates are so sexually active, how do you feel about Hustler Hollywood, just down the Sunset Strip, suffering the same, luxurious fate in a few months?

You’re welcome! What do you remember about your early days at the House of Blues?

One of the bartenders texted me the other night. He had a leak in his bar, so he went up in the attic to fix it and found old ad mats, one of them was from 1997 when we played there, I think that was the first time. I remember it clearly because we went on first, then there was a new-wave band after us and a disco band closed the night. I remember getting booed off the stage because nobody really knew us. We played a few of our originals, and once we started playing covers, everyone was like, “Oh, right on, cool!”

I just remember loving the House of Blues, especially the Sunset one, it’s tiered and, like, three or four floors and on the side of a mountain. The backstage area back then overlooked all of Los Angeles, and you can see the ocean from it. There’s been many nights after a show I’ll be leaving the Foundation Room and I open that door and I see that view … I’m so grateful, just great times.

Everyone from Steven Tyler to Kelly Clarkson have joined you on stage there. Who stands out the most?

One of my favorite people to play with there had been a singer named Jani Lane of Warrant. And the reason I bring him up is, he fucked my girlfriend back in the day; I caught them after a show I played at the Whisky, and the very next week he came to our show to apologize. I remember he did this interview with VH1, and he was really upset because the only thing people remember him for is “Cherry Pie,” so I pulled him on stage, he apologized to me in front of everybody, and then I made him sing “Cherry Pie.” That was a great moment for us.

Tell me how you guys hooked up with Billy Ray Cyrus for the final show.

Our management handles him right now, and the first time I was introduced to him was at the Key Club. He reached out to our management at the time and said he really wanted to get up and sing a song with us and asked if he could please play one of his new songs from his new record, if we’d learn it, he’d sing it. So we said, “Yeah, fuck, let’s do it!” and he turned out to be a super-cool dude, he’s totally into metal.

You’ll soon set sail on your first Kiss Kruise. What sort of expectations do you have about that?

That’s our first time on a cruise, period. My mom taught me that the more expectations you have, the more chances you have being disappointed, so I truly don’t have any expectations. I know it’s going to be on a boat, and I expect to have a bitchin’ cabin … so I guess I do have an expectation.

I don’t want to be in a boiler room under the water, I want to be up top next to Paul [Stanley] so I can pick his brain about shit. We toured with Kiss in Brazil recently, they’re so nice, and they’re so fucking supportive of Steel Panther. Gene [Simmons], he tried to bum money off me, but Paul’s cool. We sat in Brazil talking about singing and how to talk to people that don’t speak English from the stage; it was really inspiring for me.

Steel Panther will headline the final show at West Hollywood House of Blues Monday, Aug. 3.
The venue will close for good Aug. 7. 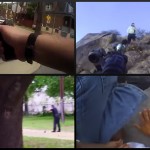 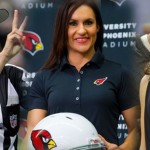