LANDO CALRISSIAN A PANSEXUAL, GETS EVEN MORE INTERESTING

So like lots of old media franchises, Star Wars now has a character that we know to be either not straight, or not exclusively straight.  Sometimes it’s just been a suspicion, later confirmed with writers or directors.  Now we have the skinny from the horse’s mouth about Lando Calrissian.  The new Solo: A Star Wars Story has tons of new background filler on character’s we were first introduced to in the late 70’s or early 80’s.  For those of us who saw these early films in the theaters, that’s quite a while to wait to finally explore these character’s origins.  But for Lando, we now know he was, and is, a pansexual character.

Solo’s screenwriter Jonathan Kasdan has been making the rounds as the movie just opened days ago.  In one recent interview with the Huffington Post, Kasdan fielded the question directly.  Is Lando Calrissian a pansexual?  Kasdan’s reply, “I would say yes.”  This is kind of huge news.  Star Wars hasn’t been the best when it comes to LGBTQ inclusion, depiction, and representation.  That’s kind of strange considering how big and varied the universe really is.  Kasdan gave some thoughtful responses, saying that Lando’s character wouldn’t carry any label, but really wouldn’t subscribe to any notions of sexual preference.

According to Kasdan, “There’s a fluidity to Donald and Billy Dee’s [portrayal of Lando’s] sexuality. I mean, I would have loved to have gotten a more explicitly LGBT character into this movie. I think it’s time, certainly, for that, and I love the fluidity ― sort of the spectrum of sexuality that Donald appeals to and that droids are a part of.”  So what does Lando dig?  We’re not sure.  Or, I should say, we’re still not sure, even with the newest film.  Maybe Lando Calrissian digs droids?  We’ll see where this all goes as Disney takes us where no man has gone before.  Oops.  Wrong franchise.  These aren’t the droids you’re looking for. 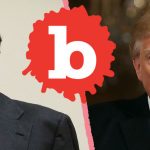 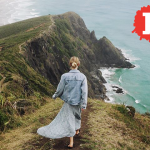