Politics is crazy stuff these days.  But here’s a follow up of the ongoing story of Colin Kaepernick and Nike.  You may know that the NFL has essentially blacklisted Kaepernick for his kneeling protests of police brutality during the national anthem.  So you also likely know that Nike quietly stayed quiet about continuing to sponsor Kaepernick until they released a bombshell commercial.  Many people declared their hatred of Nike and even posted videos of their destroying their Nike products.  They also boycotted Nike.  But it was a brilliant move by sports giant.  But now we know that at least one store selling sports products didn’t fare well by boycotting Nike.  It’s name is Prime Time Sports and it is now out of business.

Sure, we can all chime in on how maybe it wasn’t a good idea for a sports company to boycott one of the largest sports products makers.  It’s like running a hotdog stand and boycotting meat.  But Prime Time Sports owner Stephen Martin, went all in with his business killing commitment.  His store had scheduled an autograph session with Brandon Marshall.  But Brandon Marshall is an NFL player who also kneeled in protest.  So Martin cancelled the event.  Of his store closing, Martin said, “As much as I hate to admit this, perhaps there are more Brandon Marshall and Colin Kaepernick supporters out there than I realized.”

IF YOU MARGINALIZE SILENCE PEOPLE, THEY WON’T BUY YOUR SHIT

Duh.  Martin has tried to comfort himself with other words, like how his store’s 15% drop in sales was also because of the online market.  But that’s not why he’s out of business.  This should be obvious to everyone but is still clearly challenging for many.  Even if you don’t agree with people’s protests or opinions, you should not seek to silence them.  It’s hard to have a business when you marginalize an entire race of people.  But it’s even clearer when you want to silence them, too. 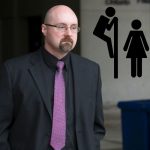 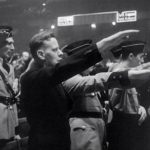