So sometimes we all can screw up the obvious.  Ok, maybe make that the painfully obvious.  But this is like the Pope saying we can be selective with the Ten Commandments.  So maybe that’s a bit of an overstatement.  But not by much.  Mike Francesa has been a sports radio jock for some time.  He used to be in the New York market, for (ok this is Lent)’s sake.  So Mike knows sports, presumably.  But he also knows how to be selective in huge, reactive markets.  Maybe he was hungover.  But I don’t know for sure.  Yet how else do you explain an experienced Sports Radio Host with his own show saying that Tim Duncan and his Wake Forest college team did nothing while he was there?

SOMEHOW, ON HIS OWN SPORTS RADIO SHOW, THIS GUY SAID TIM DUNCAN AND WAKE FOREST DID NOTHING

But I mean, seriously?  Duncan was never the kind of polarizing figure that anyone really hated in his college or NBA career.  So it’s kind of weird this is even a thing.  Sigh.  Maybe we could ask the Pope what he thinks?  I bet he even knows better.  But see for yourself.  Mike said Tim Duncan and his Wake Forest team didn’t really do much while he was in college.  Here are some of the quotes, “And there were guys who made no mark at college.” And, “Tim Duncan’s teams never won anything at Wake (Forest)… anything! People didn’t even talk that much about Tim Duncan.”  Really?  But then there was, “He played four years at Wake and no one ever talked about him!”

Awkward!  Duncan and his Wake forest team played in the ACC championship game in 1995 and then went on to the Sweet 16 at the Dance.  The next year, the won the ACC Finals.  But Timmy was also the 1996 ACC Defensive Player of the Year then, too.   Oh, wait.  In 1996 he was also the ACC Player of the Year.  So that’s it.  But no, not really.  In 1997 he was also the ACC Player of the Year.  But that’s on top of being a two-time consensus first-team All American in those last two years.  So sure, there’s more.  But Mike Francesa seems to have forgotten all these itty bitty details.  You know, the kind of details that make someone the obvious NUMBER ONE PICK IN THE NBA draft.

Dude, figure it out.  Or maybe quit your day job. Sports radio should at least have a clue. 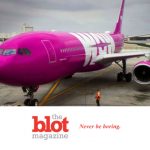 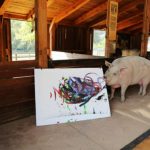