As kids grow up and eventually look back on their school years, their memories are forever captured in yearbooks. Sadly, this year, special needs students at a Utah school will not have the chance to look back because they have been excluded from the record.

The students who attend a program housed in the same building as the Blue Peak High School in Tooele, a small town about half an hour outside the state’s capital Salt Lake City, have been included in the yearbook for the past two years. This year, the sudden change was made because the special needs kids didn’t participate with the regular student body as in past years, one official said.

But the parent of a child with Down syndrome has not accepted this rationale. In fact, the omission blindsided her.

Leslee Bailey, mother to Amber, 21 — a student who attends classes at the county’s Community Learning Center has been given two different answers as to why the exclusion was made. A principal at the high school told Bailey the students were left out because there weren’t enough pages in the yearbook to include them. Another educator, Mat Jackson, the county’s director of special education, said the kids were glossed over because unlike in prior years, the high school students didn’t work with the special needs kids this year.

So which one is it? And why weren’t parents of the special needs students told beforehand? If society intends to actually treat special needs individuals with the same respect, kindness and consideration that others are given, then educators in every community must stop this kind of nonsense. To only pay lip service to including the special needs kids in school activities like yearbook is abhorrent.

Jackson also said that the transitional program that Amber and others attend is meant to help them move on. They therefore felt the special needs students should not be involved in activities like yearbook.

Who cares if the high school students didn’t tutor the special needs kids this year — they still attend school in the same building and walk the same halls as their peers. Why couldn’t the school board and adults in charge have handled this maturely instead of passing the decision around and abdicating authority? Who is standing up for these kids? Would a section dedicated to them really have cost so much or been so difficult to include? Somehow I think not.

To include the kids would have been the right thing to do. With all the challenges and possible pitfalls of growing up, it is hard enough already. Having to grow up with special needs and being excluded from something you expected to be a part of should not be tolerated. Ultimately, the high school students will take their lead from the adults who are in charge. But how are they to know to do the right thing if the adults in positions of authority can’t either figure it out or make a wise decision?

Leaving out those who are different is a way of pretending like they don’t exist. Every student, regardless of academic, athletic or other ability, deserves to be included in their school’s yearbook. It can be a treasured memory they can carry with them the rest of their lives.

Leslee Bailey is right to be outraged. She is doing the right thing by standing up for her daughter, her classmates and anyone different who has ever been excluded, even if no one else is. 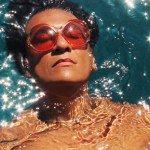 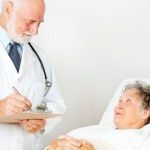