So we’re now hearing about an investigation that’s been happening for the last year.  The FAA, or Federal Aviation Administration, has been looking into something a little upsetting to hear about.  So evidently, Southwest Airlines has had some problems accurately measuring the weight counts for baggage loaded onto its jet airplanes.  Yeah, that’s not so good.  The FAA supposedly considers these “weight inaccuracies” to be a “high risk concern.”  You think?

Read More: How Do You Brew the Perfect Pot of Tea?

So what’s going on here?  Southwest Airlines uses its ground crew to hand count bags.  Other US airlines use a computer scanner.  So how do airlines calculate the grand total weight of luggage in the cargo hold?  They multiply the total number of bags by the average weight of a single piece of luggage.  So guess what?  Relying on baggage handlers to handle the count is a bad idea.  But how bad is bad here? Well, it’s worse than you would have though. It’s a good thing the FAA is investigating. A tragedy was more than possible. Here’s why.

INVESTIGATION FOUND WEIGHT ERRORS WERE AS MUCH AS 2,000 POUNDS

Sometimes the miscount was a few dozen pounds.  Other times the bad count was 1,000 pounds off.  Occasionally, the miscount was more than a ton, or 2,000 pounds.  That’s a lot of miscount.  So think about it.  If the plane you are in suddenly has, say, engine trouble, what might tip the balance?  How about a pilot who doesn’t know how much the goddamn plane actually weighs?  At least we also know that the FAA won’t close its investigation until Southwest corrects its procedures.  But less clear is why we know about this after a year into the investigation. 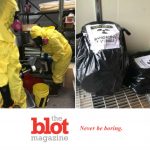 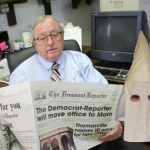