The New York Times, queen of all liberal media, has informed publisher HarperCollins that Texas Sen. and Republican presidential hopeful Ted Cruz’s biography, “A Time For Truth: Reigniting the Promise of America” will not be included on the paper’s forthcoming best-sellers list, despite the book outselling 18 of 20 titles that made the cut.

Since its publication on June 30, the book has sold nearly 12 thousand copies. In reply to a letter from HarperCollins that asked for an explanation of the omission, a New York Times spokesperson responded, “This book didn’t meet that standard this week.”

This position was later clarified by the paper, and the reasoning behind it made clearer when the Times added that it believes the majority of purchases were “strategic bulk purchase that inflated the true numbers.”

Sure enough, the right attacked The Gray Lady for this apparent partisanship, but on that front critics are wrong. The omission, however, does speak to an elitism that most of America finds unappealing, and attacking the paper could play well with voters who believe in Cruz’s maverick image. In addition, what the paper’s standards are for inclusion on the best-sellers list now seem capricious, badly defined and subjective.

Predictably, criticisms of the paper for playing partisan began to roll in. A headline on RedState, a conservative blog and online news site, described the book’s diss by the paper as “The New York Times’ War on Ted Cruz.” Breitbart, a site with similar right-wing politics, wrote that Cruz was “snubbed” by the Times.

Fox News contributor and Weekly Standard columnist Stephen Hayes tweeted it was “embarrassing” for the paper. Other like-minded individuals on the right regarded the situation similarly.

This is just embarrassing for the Times. Or ought to be… https://t.co/vMkTfHKLa8

Friday afternoon, HarperCollins fired back with a critical response to the Times’ assertion, saying in a statement, “HarperCollins Publishers has investigated the sales pattern for Ted Cruz’s book ‘A TIME FOR TRUTH’ and has found no evidence of bulk orders or sales through any retailer or organization.”

Cruz has yet to personally comment on the controversy. His communications staff claimed Friday that the sales numbers were not inflated and called out the paper for making a “naked fabrication.”

“The Times is presumably embarrassed by having their obvious partisan bias called out,” campaign spokesperson Rick Tyler said in a statement. “But their response — alleging ‘strategic bulk purchases’ — is a blatant falsehood. The evidence is directly to the contrary. In leveling this false charge, the Times has tried to impugn the integrity of Senator Cruz and of his publisher Harper Collins.” 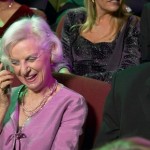 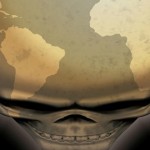