Acting seems like one of the easiest jobs out there. Show up, look cute, then become a star.

However, as you struggle to even reach Z-list status, you soon learn it is a labor of love. It is one of the most esoteric art forms. So much of the work seems to revolve around everything but those precious few minutes of performing. So before you drop everything and move to Los Angeles or New York, here are a few things to think about. Plus, if you’re already a struggling actor, it might be a fresh perspective:

It’s a Marathon, Not a Race

It may sound trite, but it’s true. An acting career is really about doing a lot of work behind the scenes and always being ready for your “big break.” Sure, it’s more exciting to sell a story about someone discovered on the street than it is to talk about someone who went on 57 shitty auditions before they finally booked one. Tons of people with major buzz and A-list careers were working well before they made it. Tina Fey studied, taught and performed improv and toiled for years as a “Saturday Night Live” writer before she blew up. Melissa McCarthy and Octavia Spencer did tons of small roles and one liners before they won awards and became household names. Sexy-as-fuck Don Draper, err, Jon Hamm, toiled away in bit parts and watched his actor-director longtime partner Jennifer Westfeldt get buzz before he booked “Mad Men.” It takes time, commitment and a constant state of preparedness to be an actor.

One of the most important tools in your arsenal as an actor is your education. Actors of all levels are constantly studying. Realistically, your first acting gigs aren’t going to be huge game changers. They may even be as easy as sending in your picture and booking the role. But you should always be working to be a better actor. Not only is there the obvious benefit of honing your craft, you can also network. You could get an agent, find collaborators or even book projects through classes. Plus, casting directors and potential agents and managers will often look at where you’ve studied, and that can help you even if you have barely any credits.

Your Resume & the Pursuit of Credits

One of the hardest things about being an actor is that you need credits. But you need credits to get credits. A good way to get credits on your resume is to submit to and say yes to everything. Now that doesn’t mean do porn or do anything you’re uncomfortable with, but you should realize any acting opportunity is a learning experience. Even if it may seem painfully low-budget or a student film not worth your time, it’s actually a free acting class. Plus, if it comes off even halfway decently, you can add it to your reel. Your reel is a collection of clips of you acting that can often matter more than a resume. People want to see how you read on camera and want some visual proof to show you can actually perform.

The Importance of the Day Job

One of the best-kept secrets in Hollywood is that no one is as rich as you might think. Actors can book TV shows and get great paydays, but they also need to cover the credit-card bills and debt they’ve amassed during their lean years. Plus, it takes a lot of financial finagling to cover yourself if you are don’t have work for months or even years on end. On RuPaul’s podcast “What’s the Tee?”, both Leah Remini and Wendi McLendon-Covey talked about having full-time jobs way past when you may have thought they “made it.” Being recognized on the street don’t pay the bills. A key to acting success and sustainability is finding the job that will keep you fed, clothed and able to drop the money on acting expenses until you can fully support yourself solely from performing. You’ll need the flexibility to be able to drop everything and run to an audition or shoot a gig, but you also need to be able to not die of malnourishment. Plus, if you are living way leaner than you need to, you aren’t going to be the most attractive, dynamic person you can be. No one hires a broke bitter Betty. 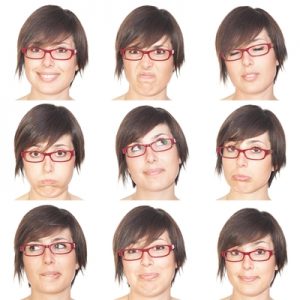 One major expense for an actor is headshots, which can range from totally free to thousands of dollars. If you are just starting out and do not have an agent, really amazing headshots may not serve you, so save your money. You mostly just need a professional photo that shows what you would look like on your best day. Most likely, an agent or manager will have you take new shots anyway. You’ll want a commercial look that shows you with a toothy smile. You’ll also want something that shows your type. If you’re a “dad” or “mom” type, you’ll want something in a polo or a button-down. If you look super-conservative, you’ll want something in a suit. If you have a ton of tattoos, take something that reads edgy and rocker. You’ll also wants something that shows your personality. You want to wear clothes that compliment your skin tone and brighten up your eyes and face. You should also touch up the photos so the whites of your eyes and teeth are pure white and that your skin looks even enough that you could be wearing makeup. You do not want to airbrush the fuck out of them like you’re Kim Kardashian because if you show up at the audition looking like a different person, the casting director will think you’re a nut.

To Be or Not to Be an Extra

There is no logical progression for an actor. Some writers become stars of shows they write for. Some completely green actors become huge stars. Some extras get their roles upgraded and get a few lines. But extra work is not about building your career; it is just an example of a day-job hustle. It’s a great learning experience for you to see what it’s like on a big-budget set — but it often will not give you credits to put on your resume unless you really impress someone and get lines. There are chances to be upgraded to a tiny speaking role or to get a union voucher, but those are rarer than you’d think.

Check Before You Write a Check

Before you spend any money on acting, you should double check that the company is legit. Do research online and vet if real actors are using the site, service or agency. There are tons of fake acting websites or charlatans trying to steal your last $100, but there are also reputable acting websites like Casting Networks, Backstage and Actors Access. You should be wary of anyone asking you for money upfront. A reputable agent or manager will only ask you to sign a contract with them but shouldn’t ask for money up front. They also will only ask for an agreed-upon percentage of whatever they help you book. On average, an agent asks 10 percent for union, 20 percent for non-union and a manager will ask for 15 percent. People who ask you for money upfront may not get you anything. You also will never have to pay for an audition.

These are just some basic things to consider before taking the plunge into acting. There’s nothing wrong with starting at any age and letting your hunger for success drive you to new and interesting places. The one thing you need to remember is to always be learning, open to new experiences and trust that you’ll get where you need to be to get where you want to be. 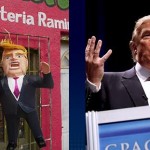 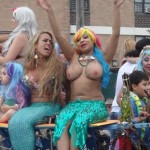