So I vaguely remember doing Slip N” Slide when I was a kid.  And we’re talking about a fair amount of time ago at this point.  Not really having any connective tissue anymore, the idea of jumping on the ground, down a hill, just doesn’t have much appeal.  But the idea is great.  It always was and always will be.  That’s why NBC thought it would be fun for us all to watch a show about people doing just that, with the word Ultimate in front of the title.  But it ain’t happening this year, and definitely not in NBC’s post-Olympics lineup.  Why?  Well, pervasive shits, that’s why. Enough to, well, slip on.

TWO THIRDS OF EVERYONE ON SLIP N’ SLIDE WERE PASSING OUT, OR RUNNING TO THE PORT-O-POTTY

So if you think of the shits and assume diarrhea, you are right on target.  Almost everyone on the Slip N’ Slide production came down with uncontrollable, explosive runs last month in early June.  And if that sounds like a nightmare, it sounds like it was.  TV networks don’t casually stop $18 million productions with only 5 days of, um, shooting left to do.  But instead of the Ultimate Slip N’ Slide fun it was supposed to be, it instead became the Ultimate Shits Show.  No, seriously.  Two thirds of all the people working on the show had violent, explosive shits.  People were collapsing on set, and sprinting to port-o-potties if they were lucky.

WHAT CAUSED THE EXPLOSIVE SHITS? GIARDIA, IN THE SLIP N’ SLIDE LOCATION SOIL

So what happened?  Well, after testing, an LA County lab found that the ground on the Slip N’ Slide set itself was full of the parasite giardia.  That’s what we normally call poop infested water.  People always get the shits from that.  But here, there’s no way to fix it, or the set that cost $6 million to build.  Because every time anyone kicked up any dirt into the air from their shoes, boom, you’ve got the shits.  And likely anyone near you, too.  Hey, it’s a rough age we’re all in these days.  Crappy times.  So far, there’s no word if NBC will try to reboot the show.  But the August premiere of this one is in the can. The crappy pink slip…. 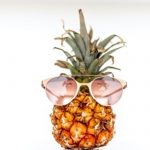 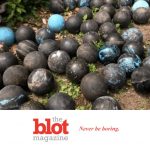