The ideal of what a beautiful body is changes over time, and with location. Lauren Wade, the senior photo editor at TakePart.com, has taken an informative look at how our modern, supermodel-molded notion of beauty would apply to the master painters of the past, such as Raphael or Francisco Goya.

Wade, a master in the art of Photoshop manipulation, selected famous paintings with models whose bodies would not fit today’s ideal of feminine beauty — or at least beauty as fed to the masses on glossy magazine covers and fashion websites. She started with a photo of an original work of art, for example Edgar Degas’ “La Toilette,” seen below, then scaled the images down to unrealistic (yet constantly sought after) modern proportion norms. The effects are quite stunning.

Western notions of a ridiculously skinny female are not ubiquitous. In Africa, in Mauritania, for example, bigger is considered beautiful, as well as a sign of wealth. So much so, in fact, that “fat camps” have been created to force-feed girls camel milk and other fatty foods in order to pack on the pounds, which can help them find a suitable husband. It’s the human equivalent of force-feeding geese to make foie gras.

Having heroes and icons with bodies better than our own isn’t necessarily a bad thing in the absolute. Some men want to look like The Rock, but few can achieve a true “He-Man” body. Even so, if that gets guys into the gym now and then, something positive has taken place. If, on the other hand, men start popping steroids in pursuit of bigger muscles, the effect is fairly negative.

A healthy fantasy life and picturing “what ifs” for some escapist fun can be good for the soul — as long as it doesn’t become an obsession or a measure for all of your life.

The trick for a country as media-driven as our own is finding an appropriate balance, and a variety of body types to hold out as examples. In the 1960s, the model Twiggy was famous for being exceptionally thin. At that time, America wasn’t in the grips of an obesity epidemic. Now that we are, we still cling to the “Twiggy” body type, even though the average American is a heck of a lot bigger than they were in the ’60s.

Perhaps the extremes between what we idolize, and what we actually are, come from an over-correction in our fantasy life in relation to our true, collective girth. If we want to be healthier in mind and body, we’ll have to change a lot of things (easier said than done), including our concepts of what beauty is — and the sizes it comes in. 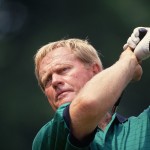 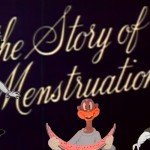