BAD SAMARITAN CALLS POLICE ON HOMELESS PERSON, BUT WAS A JESUS STATUE

So when I started thinking about how to write this piece I thought, what would Jesus do?  You know, WWJD?  Because it’s a question “good Christians” seem to have a hard time remembering.  Irony is one thing.  This goes way, way beyond irony.  This is an unconscious pilot as social commentary kind of thing.  So here goes.  I don’t know Ohio very well.  And I’m ok with that.  But there’s a pretty wealthy community just outside of Cleveland with the name Bay Village.  You know, the kind of place with gated communities, good schools and supposed good Samaritans?  Well, some of these Samaritans forgot to listen to the Gospels.  Because they saw someone sleeping on a park bench and called the police.  The problem?  It wasn’t a sleeping homeless person, it was a Jesus statue.

WHAT WOULD JESUS DO? NOT CALL THE POLICE ON A HOMELESS JESUS STATUE, FOR ONE

So yes, that’s right, it was a Jesus statue.  But to be fair to the moral of this story, this would have been a problem if it HAD been a homeless person.  So who was the greatest supporter and charitable giver of the poor in this Western culture?  Jesus, that’s who.  But some rich people these days (well, from time on end) seem to think that being poor is a moral failure.  I don’t know, maybe that makes them feel good about themselves or something.  But instead of thinking about how to get that person some help, they saw this sleeping figure and called the police.  So irony tucked its legs in shame and God covered his face with His hands.  I mean, really.  It was a Jesus statue.

So why is this Jesus statue there?  Well, because the St. Barnabas Episcopal Church installed it there.  Why?  To remind people that there are those who are in tremendous need.  But especially people in a community that don’t have many people like that.  But it looks like this Jesus statue fell on deaf eyes.  Because as you see in the picture, that’s Jesus under a blanket on a park bench.  You know, with no shelter and all alone.  But it gets worse.  How long had the Jesus statue been there before someone called the police?  20 minutes.  20.  Damn.  Minutes.  But the church was not surprised.  They say this happens all the time with Jesus installations across the US and Canada. 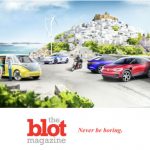 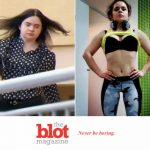