California schools are no longer allowed to surreptitiously spy on the social-media accounts of students thanks to a new law passed by Gov. Jerry Brown on Monday.

The law, which was inspired after a Southern California school district was caught secretly gathering data on its students, requires school administrators to notify parents before they track a student’s Facebook, Twitter and Instagram profiles, among others.

Last year, the Glendale Unified School District drew controversy after a program that tracked the online activities of more than 13,000 students was exposed. School officials defended the program, contracted through a company called Geo Listening, as a way to monitor students who may express desires to hurt themselves or others.

The school district hired Geo Listening to surveil students at its eight junior high and high schools following the suicide of 15-year-old Drew Ferraro. According to the Glendale News-Press, Ferraro’s parents later sued the school district, alleging that staff administrators failed to react to ongoing bullying the teen faced and were thus complicit in his death (the paper notes that the case is still ongoing).

Since the program was enacted, the Los Angeles Times reports Glendale school officials have been able to react to more than 1,000 incidents in which students described self-harm, harm to others or drug use on social media profiles.

“This is not an invasion of privacy,” Christine Walters, a school board member, told the local newspaper. “This is just taking public information and using it for our students’ well-being.”

But civil liberty advocates didn’t see things that way. To them, the clandestine surveillance program was an invasion of a student’s online privacy, regardless of whether or not the activity was made public.

California Assemblyman Mike Gatto (D-Silver Lake) introduced a bill earlier this year that banned a school district from spying on the online activity of students without first notifying parents. Under the bill, the district is only permitted to keep data gathered on students for up to a year after the student graduates or otherwise leaves the district. On Monday, the bill was signed into law.

“I’m very pleased that the governor saw the need for this legislation,” Gatto said in a statement. “I believe that as the world changes and this type of monitoring becomes more commonplace, legislation like this is critical to protecting the privacy of our children.”

Don’t expect much to change in Glendale, though. The school district re-hired Geo Listening at a cost of more than $40,000 to continue its data monitoring service for the current school year. Though the district says it doesn’t retain any of the data, it did say it would comply with the new law that requires parent notification.

Still, Gatto is confident his law will continue to influence dialogue between parents and school officials over whether data surveillance resources are being properly applied as well as the type of content that is appropriate to publish on Facebook and Twitter.

“As a parent myself, you always want to know what is going on with your children and what other people are doing when it comes to monitoring,” Gatto said. “Hopefully, this will spark a lot of different things. It will spark meaningful conversations between parents and high school children on what is appropriate to put on social media and what is not.” 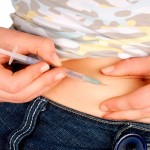 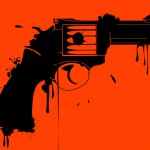