Corrupt politicians who are criminally convicted should be executed to send a dissuading message to other lawmakers, a candidate running for California’s attorney general proposed last week.

Republican candidate Phil Wyman made the suggestion following the arrest of State Senator Leland Yee, who was indicted by a federal grand jury last week on fraud and gun trafficking charges.

Wyman, who served in the California legislature for nearly two decades and is now one of four Republican candidates for the office of attorney general, told the Associated Press by telephone that politicians who are convicted of corruption should be publicly hanged, subjected to lethal injection or shot by firing squad as a deterrent to other lawmakers who may run afoul.

“If they know that it’s gun-running and they know it’s going into a terrorist organization in the Philippines, that person earns the death penalty, and especially if they’re in elected office,” Wyman told the AP.

Lee was arrested two weeks ago following a lengthy FBI sting operation in which he allegedly arranged for the purchase of weapons from the Philippines, among other offenses. Lee, who was running as a candidate for California’s secretary of state, withdrew his candidacy after his arrest.

Lee is the third Democratic lawmaker to be accused of criminal wrongdoing in California’s state senate over the past year.

In January, Senator Rod Wright was convicted by a jury of eight felony offenses including voter fraud and perjury. The senator, who has continued to research and try to influence policy despite his suspension, asserts he has done nothing wrong and has vowed to fight the conviction.

Last month, a federal grand jury indicted Senator Ron Calderon and his brother Tom on charges of accepting bribes and money laundering. The indictment came less than a year after federal agents raided Calderon’s Sacramento office pursuant to a sealed search warrant. The charges against Calderon became public a few months after the raid when Al Jazeera America published a leaked copy of the federal affidavit.

Hillary Is a KFC Special, on This Offensive GOP Button

California Governor Jerry Brown has encouraged all three to resign; the three remain on paid administrative leave under California’s constitution, which prevents the withholding of salary against any lawmaker who is suspended or takes a leave of absence.

Leave with pay is a slap on the wrist according to Wyman, who almost certainly hopes his proposal to put corrupt lawmakers to death will secure both publicity and votes.

“I want to discourage and teach the new generation about values, that nobody is above the law,” Wyman told the AP.

Wyman slammed incumbent attorney general Kamala Harris, a Democrat, for being “silent as a mouse” with regard to the three suspended lawmakers.

“She should investigate first of all what the problem is,” Wyman said. “She should be right in the center of the arena.”

Crazy Utah Senator Orrin Hatch Wants Marijuana in Your Bedroom, Why Is He On Weed?

A spokesperson told the AP that the attorney general alone does not have the power to remove lawmakers from office. A spokesperson for Senate President pro Tem Darrell Steinberg called Wyman’s proposal “ludicrous.”

California voters will make their choice for attorney general on Nov. 4. 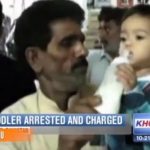 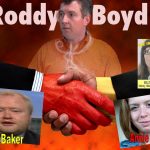