MAN GOES TO ER BECAUSE HIS KNEE HURT A LOT, MAYBE BECAUSE IT HAD A BULLET IN THERE?

Ok, maybe this seems obvious.  So if you get shot, you have doctors remove the bullet if it’s still in you.  Call me kooky but that just seems a little like something everyone would know.  But first off, someone shot you.  Second, there’s still a bullet in you?  WTF?!  Now we have a case the New England Journal of Medicine published that makes this even clearer.  A 46-year-old man was shot 14 years ago.  But he recently went to a Chicago emergency room with really bad pain in his left knee.  Shockingly, NOT, he has severe arthritis and also has lead poisoning.  But that’s because there is still a bullet in his left knee!

So this guy said that he had had chronic pain in the knee.  But that it had suddenly become worse and worse.  His knee was ballooned by the time doctors got to see him.  So it of course came up in conversation that someone shot him 14 years ago and that he still had a bullet in his knee.  The x-rays of that injury clearly show the bullet in his knee.  But for whatever reason, doctors at the time decided against taking the bullet out.  WTF?  So clearly, there just might be some problems with that choice today.  But also clearly, what is wrong with this guy?  You have a bullet in your knee!  Don’t wait until you have lead poisoning!

New x-rays showed some more obvious.  The bullet is now almost entirely fragments.  Small pieces of “lead” are loose in the joint itself and in the surrounding area.  Blood work confirmed the man had lead poisoning and anemia, which is usually caused by the poisoning.  Somehow, the man didn’t have any other lead poisoning issues, like severe cognitive impairment.  But I don’t know.  I would have gone to the damn doctor already.  So they gave him chelation therapy to remove the poisoning.  But the man with no severe cognitive impairment left before they could do surgery to remove the metal fragments.

So at some point, the man will have to come back.  WTF? 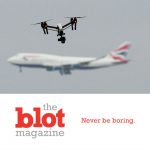 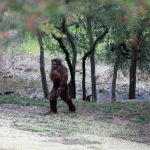