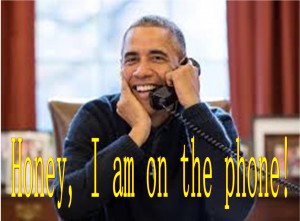 Americans loves sex. Why not? We are a rich nation. We have Hollywood, a good looking young president and the honeys that pile up in New York’s night clubs eager to please. Do you ever think about how great sex used to be with an ex while making love with your current partner? Perish the thought, you say. Well, it just so happens that statistics suggest many of us do. I bet there are a lot of socially inappropriate, despicable, and degrading thoughts rolling around in your head, and you’ve probably wondered if you’re normal when it comes to the facets of love, sex, dating, and everything in between? Well, today is the day you find out.

Fall in love while gazing into a first date’s eyes?
Verdict: You have the same chances of winning a coin toss.
The practice of gazing into another person’s eyes has been observed to promote irritation and aggressiveness, just as often as the desire to love. In other words, this has a 50 percent chance of either getting you laid, or beat up.

Find true love?
Verdict: 50/50
While the divorce rate is nearly 50 percent, 90 percent of those couples believed they had found true love, and would be together forever. So, it is entirely normal to think you’ve found true love, but a 50/50 gamble that you’re right about it. Interestingly, the “normal” time of the year to get dumped by any lover is just after the New Year.

Date a bona fide crazy person?
Verdict: No.
At any given month, you have a 10 percent chance of running across someone with an undiagnosed psychiatric disorder. This could be a simple case of OCD (obsessive-compulsive disorder), or an extreme case of schizophrenia (which makes up about one percent of the dating population).

Be a 30-year-old virgin?
Verdict: No
While there is nothing wrong with waiting for the right person, only one in 53 women are classified as a true virgin (not born again) at the age of 30.

Have sex with 10 people in your lifetime?
Verdict: Yes
According to US surveys, most guys will have 13 partners over their lifetime, and women will have nine. Interestingly, the majority of Canadian men boast having 23 partners on average in surveys, while their female cohorts were still around 10. That is a pretty significant difference, which brings me to the conclusion that either someone’s lying, or these guys are getting it on with something else altogether, which brings us to the next question.

Is it normal to think about having sex with a non-human entity?
Verdict: Yes.
Studies have shown that 90 percent of the sane population fantasizes about making it with everything from cartoon characters to domestic animals, and it doesn’t make you weird, unless you actually follow through with it.

Think about sex all the time?
Verdict: If you are a girl, no. If you’re a guy, all the time is a gross exaggeration.
It is normal for women to gradually lose their libido the longer they are in a relationship, and at any one time, about nine percent of the population has little to no interest in sex. Only about four percent of men have no interest in sex, and the rest are split between the guys who have one good fantasy a day and the ones who are satisfied with once a week.

Have sex three times a week?
Verdict: You wish.
Most surveys claim that couples are getting it on twice a week on average. Considering that it is normal to lie about your abysmal sex life, we can confidently conclude that the average is somewhat less than this. However, it is also the norm for the majority of cheaters to complain about their lack of weekly sex, and it is important to point out that this is usually because they suck at it.

Have sex at work?
Verdict: No.
If you are a Canadian male, about 36 percent claim to have made it in their place of business. However, most of the world does not mix business with pleasure as the norm. In fact, every nation has their own set of sexual fetishes. Australians like to do it in the shower, Canadian women like the beach, and 40 percent of Malaysian men have a thing for toilet stalls.

Talk dirty during sex?
Verdict: Yes
From the librarian on down to an exotic dancer, we are all equipped with neurochemicals in our brain that loosen inhibitions and make us more likely to spout out an intense, explosive phrase. The only thing that holds most people back is the fear of what their partner might think of their outburst.

Tree Brides Activists Marry Trees Instead of Men, Why?

Be classified as a two-pump chump?
Verdict: Yes.
I hate to say this ladies, but two pumps is not incredibly shorter than the three minutes you should be expecting from your guy. However, on the bright side; as long as one of those pumps is directed towards your satisfaction, he’s a keeper. Speaking of falling short of expectations, the average penis is between 5.5 and 6.2 inches, and most guys will exaggerate its size during surveys, especially those with homosexual tendencies. 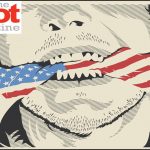 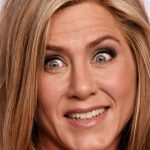