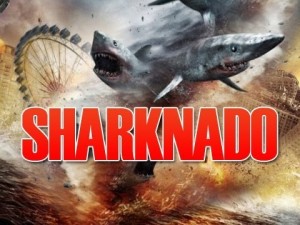 If you live under a rock and don’t know what a Sharknado is, it is a movie about a tornado. Full of sharks. As in, there are sharks falling from the sky.

Sharknado went viral before it debuted on the SyFy network, and is now coming to local movie theaters for special midnight showings, complete with gag reel, theme song, and a “making of” documentary. Sharknado is clearly destined for cult fame, but will it have the same impact as Rocky Horror or is it just another Birdemic?

There has always been an inexplicable cult following for the legendarily bad movies. There is a certain kind of humor that only comes from watching actors and directors and a VFX crew try to make a movie that they all know is horrible on every single level. Sharknado is a SyFy channel original movie, and like all of SyFy’s B-horror movies, it involves a wacky combination of two things that should not ever go together. Like Piranhaconda and Sharktopus.

Read more: With a strong will and money, financier fights back against salacious tabloid

There is not a single moment of Sharknado that plays like a real movie. It looks like it was shot on a $12 dollar budget, complete with unintentional shaky-cam and baffling edits of stock footage. No really, they use the same ten-second cut of a swimming shark at least three times. And since its stock footage of a shark swimming in the ocean, it doesn’t work well as a cut of a shark terrorizing the streets of LA. It is not in spite of this, but rather because of it, that Sharknado is the most talked about film of the summer.

And now it is coming to a theater near you. So you can get dressed up in your best shark costumes or try and be an anthropomorphized shark-tornado.

Or be completely underwhelmed by just how bad this movie is, like a few of my fellow theatergoers. They didn’t stay for the gag reel.

The thing is, I don’t see how it will take off. Oh sure, you’ll have ironic film kids and the people who laugh at horror movies going to see it, but the hilarity that is Sharknado is not enough. The best cult films aren’t just bad. They’re filmed in a way that changes genres, or aren’t so much bad films as they are baffling films. Sam Raimi’s The Evil Dead used some inventive camera work that changed the way horror films were shot. Rocky Horror, when looked at as a film and not just a bizarre movie about alien transvestites with cannibalistic tendencies, is a solid movie with some impressive singing. Both movies also had the complete commitment of the actors and crew. Everyone involved with Sharknado looks like they’re about five seconds away from laughing at the fact that they’re filming a SyFy original about a tornado of sharks. And you can’t blame them.

But being a viral hit has never really ensured longevity, and honestly, Sharknado isn’t even the most ridiculous movie SyFy has ever aired. Certainly Anonymous Rex, the one about velociraptors (and other dinosaurs) taking on human form, deserves that distinction. Don’t think SyFy has given up on campy shark films, like a shark-tornado combo was the height of their dreams, Ghost Shark airs August 22nd.

There is no real way to do a floorshow of this movie, which takes Sharknado’s cult aspirations down a notch or two. The audience participation lines will need to be inspired to make jokes out of the absolutely dismal dialogue in this movie. Really, its just a half-step up from that infamously bad movie The Room, and doesn’t even have a comically strange looking writer/director/producer/actor to give it some character.

That being said, I am all for going to a midnight showing of this movie dressed as a shark attack victim, armed with gummy sharks to toss at the screen every time you get a shot of the titular sharknado.

Sadly, we aren’t there yet. And I don’t think we ever will be, but damn it America, please prove me wrong. 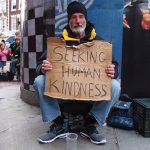